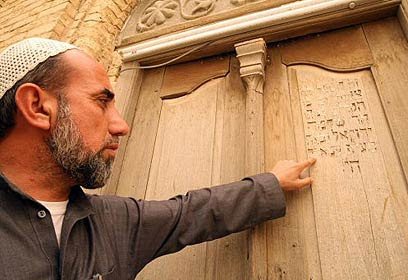 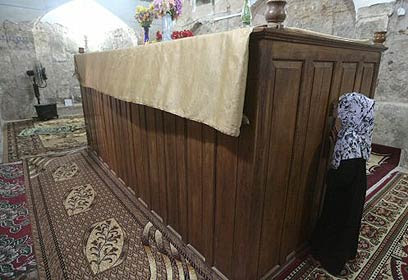 Before their mass exodus to Israel in the 1950s five thousand Jews used to visit the tomb of Ezekiel at al-Kifl at Passover. Could the next visitors be hordes of western tourists? With its new project to renovate the shrine, has the Iraqi government realised, like Morocco, Tunisia and Egypt, that a rich Jewish heritage can pay off? Item in the Jerusalem Post, based on an AFP report:

The Iraqi government has launched a project to renovate the interior of the prophet Ezekiel's shrine in the small town of Kifl, south of Baghdad, and the country's Ministry for Tourism and Antiquities says it hopes to eventually repair and renovate other Jewish sites across the country.

"The ministry is concerned with all Iraqi heritage, whether it is Christian or Jewish or from any other religion," ministry spokesman Abdelzahra al-Talaqani told AFP. "The present plans do not include the synagogues in Baghdad, Basra, Mosul, Fallujah and other places because of lack of funding, but I think they will be included in future plans."

Iraqi Jewry was once one of the largest and most prominent Jewish communities in the Middle East.

But after Israel's establishment, more than 120,000 Iraqi Jews moved to Israel in the 1950s in a clandestine operation dubbed Operation Ezra and Nehemiah.

Outside the shrine of the prophet - who followed Jews into the Babylonian exile in the sixth century BC - is a 14th-century brick minaret, while the inside is shaped like a synagogue, with old wooden arks that used to contain Torah scrolls and the remains of a Mehitza - a separation for men and women.

On the walls inside appears Hebrew script under a dome with medieval Islamic floral designs.

Until the mid-20th century, up to 5,000 Jews used to visit the tomb during Passover. Muslims believe the tomb to be that of Dhul-Kifl, considered by some to be a prophet of Islam and by others to just be a righteous man mentioned in the Koran.

It had been protected by Saddam Hussein as a holy site.

The tombs of the prophets Daniel, Ezra, Nahum and Jonah are also purported to be located in Iraq.

Solomonia: AFP:(Restitution claims not welcome) delegations welcome 'as long as they are only coming to visit'

AFP piece also on Ynet News (with thanks: Niran) 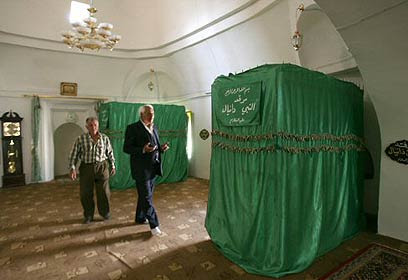