A tale of Iranian-Jewish refugees for Hanukkah 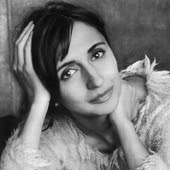 Roya Hakakian's charming tale for Hanukkah in Forbes.com tells of the disorientated newcomer from Iran saved by a stranger.

On a December afternoon in 1985, my mother and I finally parted from each other. Two Jewish refugees from Iran, we had arrived in the United States six months earlier, and, for fear of getting lost, we had gone everywhere together. But that afternoon, she had to go home to Brooklyn to prepare Hanukkah dinner while I had to stay in Manhattan for a job interview.

What most daunted me about America in those days was not its swarming sidewalks and roads, or the forbidding heights of its skyscrapers, though even the most sophisticated Americans assumed they would. (Their misperception of Tehran as a backward city whose traffic grid was designed for camels was to blame for this.) Rather, it was Americans' blithe confidence in what they flaunted as the infallibly precise gadgetry of their advanced lifestyles that worried me, though decorum prevented me from pointing it out.

Anxious about leaving my mother on her own, I deposited a token, walked through the turnstiles and escorted her to the proper platform. When a Brooklyn-bound B finally arrived, speaking like the mother to my mother, I told her to stay on 'til she saw signs for 55th Street.

"Remember Mother, 55th Street is your stop!" I kept repeating to her, exactly the way she had once drilled into me to "greet the grocer!" when she sent me on an errand.

She stood at the threshold seconds before the doors shut while I gave my final instructions: "If you run into any problems, go to the conductor!"

Then the canned order blared: "Stand clear of the closing doors!" That mechanical sentence did what 19 years had not done, sending my mother and me in separate directions. She waved and smiled reassuringly as her train took off.

I stood, keeping her in sight, as if by gazing alone I could see her all the way to her destination, when a voice on the intercom announced: Attention! Attention! This B train is now running on the R Line. Attention: the Brooklyn-bound B will be running on the Queens R line.

When we first arrived, our relatives who had come years earlier--believing themselves authorities on all matters American--took it upon themselves to instruct us.

First came a the barrage of metaphors to supply us with apt imagery to orient us to our new surroundings: "Think yourself a bird! You've migrated to where the weather is better." Or, "mankind is like a plant, and this is the finest ground for your roots!" They had me convinced that if I could only find the right analogy, everything that stood between first-world felicity and me would fall away.

After the metaphors came the unsolicited advice, whose contradictoriness never fazed their dispensers. Some days it was: "Mind your own business!" Others: "If you don't know everyone's business, you're being cheated." Yet on one matter, they were unanimous: "Beware of blacks!"

Standing on the platform that afternoon, I saw clearly we were neither birds nor plants--for neither would ever lose their way home.

I took the next train to Brooklyn. At the local police station, I stopped to report, in my broken English, that my mother was missing. The officer waved me away, treating me like a mere nuisance who had to stew for 48 hours before earning his attention.

So I rushed home to call my relatives, hoping that their wisdom would extend beyond the inutile, to include something real--a person to see, a number to dial, to help find my mother. Of everyone I contacted, the only one I reached recited a few verses about the virtues of patience. It astounded me that, even in America, poetry persisted as the universal panacea.

The sun had nearly set when the doorbell rang. Behind it stood my jubilant mother, her arm looped through the arm of an African-American woman in a New York Transit Authority uniform. The moment my mother stepped into the house, her eyes welled up. Tears and words gushed forth together:

"This woman, right here, saved me!" she said in Persian.