A member of the Jewish community council in Alexandria has challenged the new head's suitability to lead the community because he is a Jewish convert to Islam. (Via HSJE)

Victor Balassanio claims that as a convert to Islam Yousef Yousef Gaon had no right to replace the last community leader, Max Salama, whose death we reported here. Balassanio has complained that Gaon had changed all the locks at the Nebi Daniel synagogue (pictured) and had cut him off from community decision-making.

When Balassanio asked for a letter of reference he was made to sign various papers abdicating his authority in community matters. Balassanio and his wife Denise have now decided to pack their bags and join their children in the US.

When the controversy was reported by Aimee Kligman on her blog Women's Lens, Yousef Gaon (proudly proclaiming his Jewish credentials as the nephew of Nissim Gaon, president of the World Sephardi Federation and owner of the Noga Hilton in Geneva) queried the facts as described and told Ms Kligman she could be in violation of Egyptian law.

Ms Kligman responded that Mr Gaon had the opportunity to correct the facts if he disagreed with them. In the US people could publish freely, unlike Egypt, where bloggers could be thrown into jail, she wrote.

Mr Gaon did not reply. 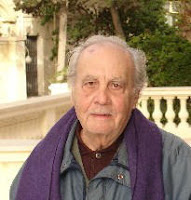 Goan, as a convert to Islam, should be removed as the community leader!