US writer explores tomb of Nahum at Al-Kosh 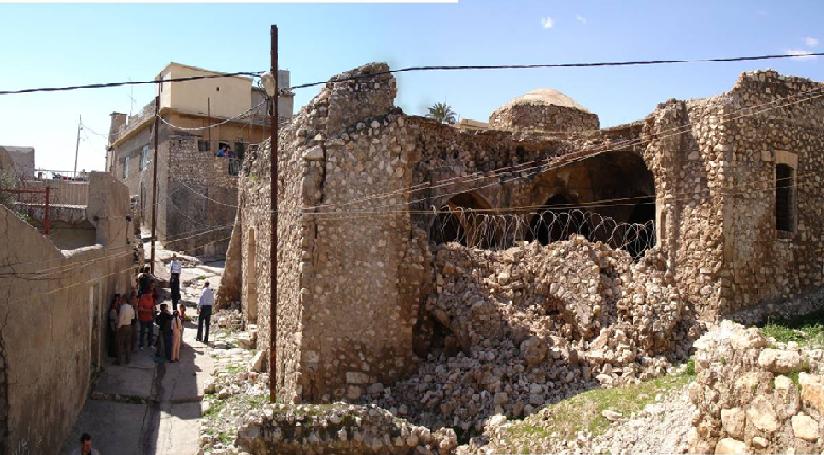 A US journalist on her second visit to the tomb of Nahum in the northern Iraqi city of Al-Kosh has met the man who was given the keys to Nahum's tomb when his Jewish neighbours left for Israel.

The caretaker remembers his Jewish friends who lived there, he said, until 1948. He kept in touch with them after they made their way to Israel. He reeled off a family of eight by name and showed the journalist their house. He says they have all now died.

The tomb is now in a state of disrepair. Some months ago, Point of No Return was contacted by a British contractor who had drawn up plans for its restoration.

Apparently, some Jewish US soldiers based near Mosul have taken an interest in restoring the site. The journalist spent a brief time in Mosul, now emptied not only of Jews but also most of its Christian minority. She met Christian women who do not venture outside without wearing full hijab.

"This is reminiscent of the ways Jewish women were forced into Islamic traditions before they were finally forced entirely from Iraq," the journalist says. "I hope to continue exploring these topics for a book on Iraq's minorities."
Posted by bataween at Friday, October 10, 2008