How Bourguiba's Tunisia pushed out its Jews 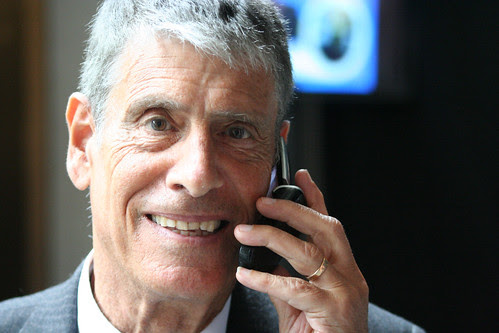 " The powers-that-be artfully got rid of their Jews while trying to make people believe that they were doing everything possible to keep them. Officially, they said they wanted to keep us while they ushered us towards the exit. In fact everything conspired to make us leave."
Dr Andre Nahum, Sarcelles

These pithy words, encapsulating the plight of Tunisia's 100,000 Jews - now reduced to barely 1,000 in 40 years - are quoted in Les refugies echanges by the author, journalist and academic Jean-Pierre Allali. While the main argument of Allali's book centres on the de facto exchange of populations between the Jews of Arab countries and the Palestinians, Tunis-born Allali has some particularly interesting things to say about how the community closest to his own heart was driven out in the years immediately following Tunisian independence.

While the Jewish majority remained suspicious and aloof, individual Jews threw themselves into the fight for independence alongside their Arab brethren. Socialist activists Serge Moati and Elie Cohen-Hadria openly supported Habib Bourguiba's Neo-Destour party which seemed to favour integrating the Jews into the new Tunisia.

The old regime under Lamine Pacha Bey had signed a decree on 21 September 1954 declaring Yom Kippur a public holiday. The decree never saw the light of day. It was consigned to the dustbin as soon as Bourguiba rose to power as independent Tunisia's first president.

Allali believes that Bourguiba pursued a strategy of deception, stringing the Jews along as long as Tunisia needed their skills, yet all the while intending to get rid of them.

This strategy had a precedent. In 1905 an association was set up by a Tunisian of Turkish origin to bring over Turkish Muslim artisans to break up the Jewish shoe and clothing monopolies.

Jewish civil servants soon found obstacles in their career paths. One Jewish lawyer was not allowed to sign off his work. Airconditioning units were installed in all offices except his. Muslims received promotion over Jews, and Jewish doctors were passed over in favour of their Muslim students.

In 1961, Arabisation was introduced overnight. Signs in French were taken down. Even shops in the European and Jewish quarters of Tunis were forced to put up signs in Arabic. Literary Arabic replaced French as the language of the courts. Many Jews, who spoke mainly French and a Judeo-Arabic dialect but had not mastered the alphabet, found themselves at sea. More psychological pressure to leave.

In 1967, a tidal wave of antisemitism swept over the remaining Jewish community: the main Tunis synagogue was burnt down and shops and businesses wrecked. Twenty centuries of Jewish life came to an end as those who had stayed on throughout the 50s and 60s decided that enough was enough.

It was Bourguiba who formulated the salami strategy for defeating Israel after the 1967 war - first push Israel back to the indefensible pre-1967 borders, then attack her.

He was a criminal, like most Arab nationalist leaders.