According to the blog Syria Comment, Syrian Jews in Brooklyn have organised their own fundraiser, in the presence of the Syrian ambassador to the US, for Syrian children stricken with cancer (with thanks: Ida):

"Syrians in North America will come together for an annual event on the 19th of April to raise money for BASMA. The outpouring of support from Syrians and Lebanese from both the US and Canada has already exceeded all expectations and demonstrates our ability to unite for a worthy cause.

" But, while it is expected of Muslim and Christian Syrians to come together to raise money for the homeland, it will come as a surprise that the Syrian Sephardic Jewish community of Brooklyn has organized a parallel event, taking place today, the 6th of April. 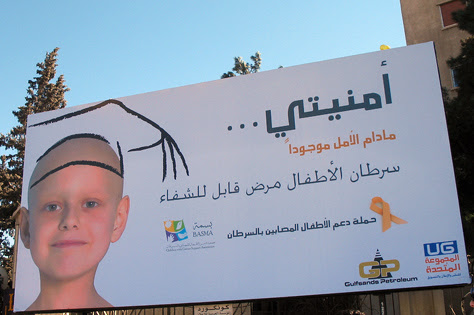 "There is a strong and proud Jewish community in Brooklyn, New York composed of Sephardic Jews – Jews of Arabic and Persian background with many of Syrian origin. The Syrian Sephardic Jews are proud of their Syrian heritage and if one is to visit them in their homes, it will be impossible not to notice the overwhelming Syrian artifacts and memorabilia they enjoy and collect.