Sign petition to have MENA Jews included in school curriculum

Unless public opinion mobilises, schools in California may fail to incorporate antisemitism and the experiences of Middle  East Jews in their Ethnic Studies curriculum. 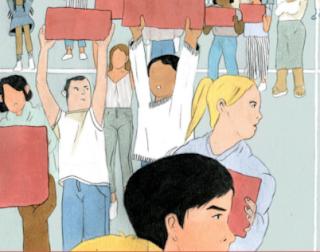 The California-based organisation representing MENA Jews,  JIMENA is warning the public that it has its last opportunity to influence the California State Board California's Ethnic Studies Model Curriculum (ESMC). The deadline is 21 January 2021.
As we are now in the very final stretch of public comment for the ESMC, JIMENA is urging people to sign a simple email petition. The petition is also endorsed by 30 Years After, the Iranian American Jewish Federation and the Sephardic Educational Center. Anyone can sign.
According to Sarah Levin, executive director of JIMENA,"The lesson plan, Antisemitism and Jewish Middle Eastern Americans should be situated next to lessons focused on other forms of bigotry targeting Middle Eastern and South Asian Americans."
School culture wars rage in California
Posted by bataween at Thursday, January 14, 2021