A Jewish woman who had travelled to Israel has been temporarily released from jail in Iran. Travel to Israel is a crime and carries a five-year sentence. The Jerusalem Post reports (with thanks: Jeremy) 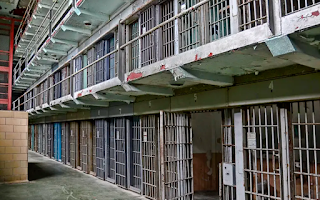 Iran’s clerical regime on Monday temporarily released an Iranian Jewish woman who was arrested for her alleged visit to Israel.
“Farahnaz Kohan, an Iranian Jewish woman was released from Evin prison. The 50-year old woman was detained for undisclosed period, due to alleged travel to Israel---a crime in the Islamic Republic of Iran,” the Alliance for Rights of All Minorities first reported in English.
Marjan Keypour Greenblatt, the founder of ARAM, told The Jerusalem Post: "Once again the Iranian regime is reminding the international community of its arbitrary and illogical 'justice' system that exercises cruelty and injustice on a daily basis. There’s a deluge of daily arrest, executions and accounts of torture that we can’t afford to ignore."
She added that "For the sake of those lives, rather than turning a blind eye in the name of non-intervention, US and EU officials must hold the Iranian government accountable for their human rights violations and cruel treatment of fellow citizens."
Read article in full
Posted by bataween at Tuesday, January 05, 2021