Remember and do not forget the 850,000 Jewish refugees driven from Arab countries and Iran, writes  Ethel C Fenig in American Thinker. The article was published on 30 November, the day of commemoration, one of several (With thanks: Imre): 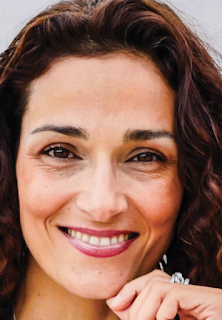 Dana Avrish put on an exhibition in 2019 entitled' Leaving, never to return'
As Dana Avrish, the granddaughter of Jews who fled Iran, Syria, and Lebanon explains:
"Get out! leave, never to return!" How would you feel if you were told today? that you are expelled, need to leave and never to return. You have one direction of travel, and at best you will be allowed to take one suitcase in which you will have to shrink your entire world. This is what happened to hundreds of thousands of Jews in Arab countries and Iran, those words stamped on their exit certificates and passports of hundreds of thousands of Jews who became refugees overnight.
The Jews who were displaced from Arab countries and Iran became victims, who suffered blatant violations of human rights in the countries where their lives were conducted. Some were forced to leave, to sign a document allowing them to leave the country while confiscating all their property, when all the property they could carry with them in their escape was confined to one suitcase.
As Hillel Neuer of U.N. Watch asked the various Muslim countries at the U.N. last year on the 73rd anniversary of the U.N.'s partition plan, which was accepted by the Jews but rejected by the Arabs, who launched a war of annihilation against Israel and the Jews living in Muslim countries: "Where are your Jews?" We're still waiting for an answer.
In a speech along with a Twitter thread, Neuer outlined the true — and tragic — answer.
On this day 72 years ago, Nov. 30, 1947 — a day after the UN voted to partition Palestine into Arab and Jewish states — Syria incited mobs in Aleppo. Rioters burned 50 Jewish shops, 5 schools, 18 synagogues, the community's orphanage, a youth club & 150 homes. In Aden, now part of Yemen, local Arabs slaughtered 87 Jews, including children, women and the elderly; dozens more were seriously injured; the two Jewish schools, several synagogues and many homes were destroyed; every Jewish shop was looted.
In December 1960, Algerian Arabs attacked the Great Synagogue of Algiers, ripped memorial plaques from the walls & torched Torah scrolls. In June 1961, the murder of famed Jewish musician Sheikh Raymond Leiris was seen as a warning, prompting Jews to flee.
Read article in full
Get out, leave, never to return! (Jewish Voice)
Comment les juifs sepharades ont du quitte les terres d'Islam (Le Figaro - French)
Mizrahi, Sephardi traditions open the doors to peace (Jerusalem Post)
More about Dana Avrish's exhibition
Posted by bataween at Tuesday, December 01, 2020