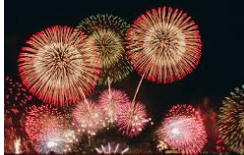 It's that time of the year again - time to review the highlights and lowlights of 2020.

In the 15 years since Point of No Return has been collecting information on Jews from Arab and Muslim countries, there have been 5,940 posts. This year achieved 426,000 views.

This year will be remembered as the year of COVID-19. It was certainly not the first time that plagues have swept through the Middle East. This year's plague took a heavy toll of Jewish communities (see here and here).

This year gave Iraqi Jews an excuse to celebrate the 50th anniversary of their airlift to Israel.

But the highpoint of 2020 must be surely the historic peace accords achieved with four Arab countries: the UAE, Bahrain,  Sudan and Morocco. This is a teachable moment - to educate about Jewish refugees from the Arab world and Iran. (Some Arabs have already absorbed the lesson. )

For the first time, the rights of Jewish refugees were explicitly mentioned in the Trump Middle East peace plan announced in January. Unfortunately, the media still refuse to give the issue  the coverage it deserves.

Numbers of Jews continued to dwindle in Arab countries, except in Dubai, which holds out the promise of an expanding Jewish community, serviced by three rabbis. It was a good year for one particular Jewish family from Yemen, who were given refuge in the UAE.

As for Jewish heritage, Morocco led the way in memorialising Jewish culture and history `at Bayt Dhakira, a converted  Essaouira synagogue. It was a bad year for Jewish memory in Aden, where the cemetery has been razed for urban development. As for Ezekiel's shrine, we received  reports of the ongoing erosion of its Jewish character, with a trellis being erected around the prophet's tomb and the adjoining synagogue dismantled. It was not a good year for the shrine of Rabbi Abuhatseira at Damanhour  in the Nile Delta, which was stripped of its protected status.  An Egyptian court banned Jewish pilgrims from visiting it.

However, for 180 Jewish visitors, the high point of the year was the February inauguration of the Nebi Daniel synagogue in Alexandria, Egypt, restored at a cost of $4 million. Sadly, the community in Egypt is on the verge of extinction and the synagogue will not be more than a tourist attraction.

Deaths: the Iraqi-Jewish community went down to four with the passing of Sitt Marcelle, who administered the community's assets. Lebanese-born banker Joseph Safra passed away in Brazil.  Egyptian-born Esther Webman of Tel Aviv University is mourned by researchers into Middle East politics. Leftwing Tunisian-born  lawyer Gisèle Halimi passed away in France. But the greatest loss to the Sephardi/Mizrahi community was arguably the death of the great thinker and author Albert Memmi, six months short of his 100th birthday.

Best articles of the year:

Some Arabs long for Jews to return

Iraqi-born Jew profiled as father of the drone

How Libyan Jews were deported during WW2.

From persecution to freedom: one Iranian-Jewish family's  story

Remembering the beggars of Morocco

Reviews of Past Years