Another triumph for Andre Azoulay's strategy of making Jewish culture mainstream in Morocco. We hope that the version of Jewish history taught in public schools will be honest and not gloss over the more difficult times that Jews experienced throughout history - riots and forced conversions, for instance. The Forward reports: (with thanks: Danny) 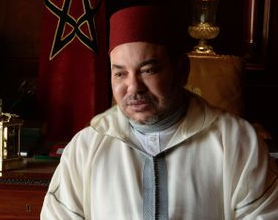 Jewish history and culture will be included in the Arabic-language curriculum for Moroccan primary school students.
The decision, approved by Morocco’s king, Mohammed VI, is an effort to “perpetuate the Judeo-Moroccan legacy as an integral part of the Moroccan identity,” according to a joint statement from the American Sephardi Federation and the Conference of Presidents of Major American Jewish Organizations.
Ensuring Moroccan students learn about the totality of their proud history of tolerance, including Morocco’s philo-Semitism, is an inoculation against extremism,” said the joint statement.
Read article in full
Posted by bataween at Thursday, November 19, 2020