As Israel and the UAE cement their new peaceful relationship with a historic first flight by El Al to Abu Dhabi, some Palestinians remain mired in tired old antisemitic conspiracy theories of supposed Israeli expansionist ambitions in the Middle East. Appearing on an Islamic Jihad TV channel, Dr Omar Fora would allow Mizrahi Jews to remain, but under 'Palestinian patronage'. All Ashkenazi Jews would have to 'go back where they came from'. Via MEMRI: (with thanks: Lily) 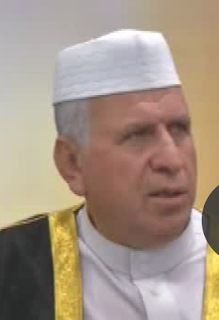 ' By Allah! The day will come when Israel will demand lands in Medina, the lands of [the Jewish tribes of] Qurayza, Nadhir, and Banu Qaynuqa, as well as the lands of Khaybar. As we study history and understand it, we know the true nature of the Zionist movement. "The only Jews that have a right to live with us in Palestine, under our patronage and our authority, are those who have been living in Palestine. But the Ashkenazi Jews who came from overseas, from Ukraine, Russia, Belarus, Poland, and settled this land – they should go back to where they came from.

How about the entire Arab invaders leave?