Israel has overcome its 'complex' regarding Arabic music, and today this genre is mainstream in Israeli culture, argues Linda Menuhin in this article for the Tel Aviv Review of Books. (Menuhin surveys the current Arabic music scene, but it is a shame that she does not elaborate on  Yemenite music, which had an influence in Israel since the early 20th century). 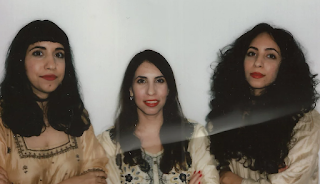 while many of the biggest stars in the Arab world were/are indeed Arabs, a substantial minority are not. And some are mentioned here, for example farid al attash who was druze (I would not call a druze an Arab. that would not be a good idea), salima Murad was Jewish, Sabah was a Maronite, a descendant of the ancient Phoenicians. None of these people were arabs. Other stars not mentioned here such as naguib al rihani, asmahan, Leila mourad, halim el dabh were not arabs either. just because one is from an "arab" country, doesn't mean one is arab. those who say that their culture and identity are Arab identify with the people and culture who are illegally occupying countries like iraq, lebanon, and egypt, etc., where the non-Arab indigenous peoples are being oppressed on a daily basis.