Last Monday was not a happy day for Elisha Manasseh.  He had had a third complaint rejected by OFCOM, which adjudicates on complaints to the BBC.


He first complained to the BBC in 2018, claiming that its reporting on the MENA constantly refers to Palestinian refugees, while ignoring Jewish refugees. 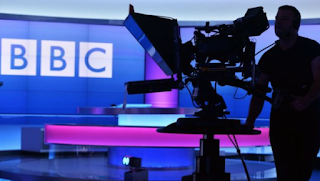 "I have now been through the whole system with the BBC,"  he says.

Manasseh  argued that the BBC had breached its own guidelines on accuracy and impartiality when it failed to mention Jews displaced from Arab countries in a background 'explainer' to the Eurovision Song Contest in May 2019, held in Tel Aviv.

In fact this statement  is incorrect, as the Oslo Accords deferred such difficult topics as borders, Jerusalem and refugees to be discussed as final status issues. The Clinton Parameters of 2000 did mention Jewish refugees. The BBC does mention the Palestinian 'right of return' - a euphemism for the destruction of Israel by overwhelming the country with thousands of returnees. It is essential to the audience's understanding to explain this point, but the explanation is never given.


The BBC's position confuses claims with facts. Both sets of refugees - Jewish and Arab - arose out of the same conflict and both should be mentioned in the context.

Some 90 percent of the Jews of Iraq, Libya, Syria and Yemen fled to Israel within three years of 1948. Some 90 percent of Jews fled Arab countries in the 15 years since 1948 (and many more of those would have left earlier, but were officially banned from leaving ), making this one the most dramatic examples of ethnic cleansing in the 20th century.

There was an exchange of refugee populations between Israel and the Arab world. The BBC regularly mentions the exchange between India and Pakistan and gives equal weight to both parties.

A radio programme with the historian Simon Schama marking Israel's 70th anniversary did mention Jewish refugees, but the Jewish side deserves equal time, not a solitary mention on a single programme.


It appears that a lone complainant will  remain a voice in the wilderness unless the Jewish refugee issue is consistently and loudly raised by  the Jewish establishment and Israeli spokespersons.

Will Elisha Manasseh now give up complaining?


"What I will be doing is just carrying on, waiting for the next time they mention the subject, and there will be a next time, I will start all over again," he declares, undaunted.

One thing I've learned about the BBC (and not just the BBC) is that they don't care about facts. they might do a correction here and there but in the main, the BBC will still be the BBC and you can complain all you want but that's not going to change. Perhaps those of us who do care about the facts should get the truth out by other means.

BBC�� nice try to distort the facts and History❗️
‏They can try to neglect or delete the Huge Jewish Nakba of the real Refugees out of the conflict in the ME, while a lot of evidence including documents, ancient synagogues and Jewish holy sites (from immemorial time) still exist there in the Muslim lands.
They should well learn & study the case. Let’s wish them Good Luck��

The BBC avoided reporting the facts of the Holocaust while it was happening. It was not until December 1942 that the BBC reported the Shoah on any of its broadcast frequencies, and then not on all of them.
More on this later.

Here is an account, translated from Yiddish, of how the BBC, under orders from the Foreign Office, suppressed news of the Holocaust until December 1942. By that time, most of the Jews in the Warsaw Ghetto had been murdered, mostly in Auschwitz. The UK govt was not eager to save Jewish lives. To paraphrase today's commonplace slogan, Jewish lives did not matter. Franklin Roosevelt was no better than Churchill and his cabinet.

Warsaw's Jews were mostly murdered in Treblinka, not Auschwitz.

An anti-Jewish faction in the British Foreign Office saw the Holocaust as an opportunity to reduce the numbers of able-bodied Jewish men and thereby cripple the Zionist programme. Some of their comments and intrigues are to be found in documents stored in the official records office.

Israel has concerns about bombers setting off their devices in shopping centers and drivers using their vehicles as weapons on public streets. If Hamas has any similar concerns, they would deserve the attention that Israel's security concerns deserve.