The fallout contnues from two Saudi-financed  TV series being screened over Ramadan this year: Umm Haroun and Exit 7. Both series have attracted controversy for allegedly portraying Jews  too sympathetically (although one Point of No Return reader tells us that some characters in Umm Haroun, for example the Rabbi David, are callous and miserly). Both series represent a positive step in the right direction. They acknowledge that Arab states had Jewish communities and unfairly persecuted them. The Jews supposedly did not deserve such treatment as they  are viewed as a religious community without political rights. (With thanks Lily; Olivia; Yoni) 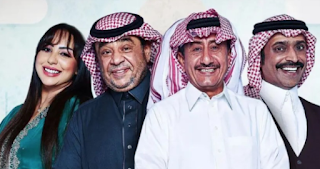 The characters in the comedy series Exit 7

The second  controversial Saudi series, MEMRI reports,  is the comedy Makhraj 7 ("Exit 7"), written by liberal journalist Khalaf Al-Harbi and starring famous actor Nasser Al-Qasabi, which deals with Saudi society. In one episode of the series, two of the characters discuss the issue of relations with Israel. One of them says that Israel is not an enemy and advocates holding business ties with Israelis, while stating that it is the Palestinians, who have received extensive Saudi aid over the years, that have actually harmed the Saudi kingdom.


MEMRI has been monitoring the reactions of Arab journalists:

The general director of the Saudi Al-Arabiya TV and Al-Hadath TV, Mamdouh Al-Muhaini, wrote in Al-Sharq Al-Awsat on April 30, 2020, under the headline "The Arab Jews and the Toxic Propaganda,"that viewers' negative reactions to the Umm Haroun series have once again exposed the anti-Jewish propaganda and religious hatred that Arab leaders and the movements of political Islam spread in the Arab countries, damaging the social fabric in those countries."

Saudi journalist Hussein Shubakshi praised Umm Haroun's courage in tackling a sensitive topic that had not previously been discussed – the Jews in Arab countries and the racism and persecution they faced. He wrote:

"The series is courageous in that it dares to raise an issue that corresponds to two very complex topics. The first of these is general and is connected to an ongoing problem, and it is coexistence with the other, with those who are different, with accepting them, and with dealing with the racism and aggression [towards them]. The second topic is the history of the Jewish presence in the Arab world in general, and in the Arab Gulf region and the Arabian Peninsula in particular... "These communities... whose members were citizens of these countries, were blamed for the establishment of the State of Israel on the land of Palestine and became an easy target for aggression and violence. The discourse of hatred increased until the Arab countries were emptied of their Jewish citizens...

CAMERA Arabic praises a journalist called As Sa'eed  for his positive attitude towards Umm Haroun, but lambasts him for inventing a fantasy of Jews 'leading an ordinary life' in Arab countries where there are none:

As Sa'eed's article from April 29th, 2020 has a favorable tone towards the Jews of the Middle East, defending a Ramadan television series, “Um Haroun”, which features a Jewish protagonist from one of the Gulf States in the 1940s (her character is inspired by the true story of a Bahraini Jewish midwife named “Um Jan”).

The series triggered vast online protests in the Arab world.  The article, however, claimed that boycotting it due to alleged “normalization” is unjustifiable since it has no connection to Israel.

“The allegations of propagating ‘the Israeli enemy’ came about at a time when [it was already clear that] the series does not feature or include Israelis, neither do they write nor direct it. Additionally, the story’s events were not about Israel at all, but rather about Arab Jews in Arab countries, who lived and participated in the artistic, cultural and social life in their countries.”

Alas, after the truly brave description of the past, came the jaw-dropping leap into the present:

Many of them still live in Morocco, Algeria, Libya, Sudan, Egypt, Syria, Lebanon, Iraq and Bahrain, even in Iran and Turkey, having an ordinary life, freely practicing their rituals and engaging in various walks of life. "

With the exception of Morocco and non-Arab Iran and Turkey, where several thousand Jews still live today, in none of these countries which As-Sa’eed mentioned do “many Jews still live […] an ordinary life”.