On the way to Ramallah, a pitstop at Yad Vashem

Instead of gathering them at the ceremony at Yad Vashem to mark 75th anniversary of the liberation of Auschwitz, Israel should have invited the world's leaders to learn about the Arab and Muslim antisemitism which destroyed 11 Jewish communities in the Arab and Muslim world - a vindication of Israel's existence as a sovereign state. But such a centre of learning, or museum, does not yet exist. Instead, a visit to Ramallah by European leaders absolves them of guilt for the Shoah and towards the Palestinians (whose links with the Nazis are suppressed). Insightful piece in Israel Hayom by Professor Shmuel Trigano: 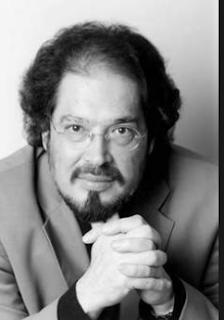 It is a strategic mistake to view the anti-Semitism of our time as an extension of the anti-Semitism of 30 years ago. To be sure, it still exists among the classical far-right; but is blossoming primarily in the form of anti-Zionism within Muslim and far-left post-colonialist circles. The deeper problem is turning the "lessons of the Holocaust" into the moral basis for fighting anti-Semitism.

As an explanation, it favors victimhood over the political: Jewish suffering is put on display as a call to end hatred, instead of presenting Israel's status as a sovereign country as a counterweight to the new anti-Zionistic anti-Semitism. When the justification for Israel's existence is predicated on the memory of victimhood, Europe can view the state as a type of humanitarian tent for Jews, and less as a sovereign country. Consequently, Israel is not permitted, in the eyes of Europe, to realize its legitimate right to self-defense. The moment the Israeli soldier ceases being the emaciated extermination camp survivor, he morphs into a monster in the eyes of the Europeans.

European recognition of Israel is based, therefore, on feelings of guilt toward the Jews – implying that the same guilt applies to the Palestinians. Europe turns a blind eye to Arab-Muslim anti-Semitism – which is the main source of modern anti-Semitism – in the belief that the Arab world is not responsible for the Holocaust, and that Europe oppressed the Palestinians by contributing to the establishment of the Jewish state.

Isn't it only natural, therefore, that some of the participants of the Yad Vashem will visit Ramallah immediately after it ends? The reliance on the Holocaust in this regard means strengthening even further the myths that breed the new anti-Semitism -">Nakba, occupation, original sin. Israel is paying the price here for a fundamental strategic failure on the symbolic level, a failure stemming from the concealment and denial of the annihilation of 11 thriving Jewish communities across the Muslim world, two-thirds of whose descendants became Israelis who now constitute a clear majority of Israelis.

The Arab world's war on Israel is a war on those who were expelled, suffered from violence at its hands and were exploited by Arab countries under the flag of Arab nationalism and Islamism. This is the arena to which Rivlin should have invited the leaders of Europe. But where could such have an event taken place? Does a museum such as Yad Vashem exist, which commemorates this memory and anchors the State of Israel in the history and geography of the Middle East? Israel cannot respond to the existential accusations against it through constant self-justification and brandishing its victimhood for all to see.

There's no need for Europe. Israelis must turn inwards and find in themselves the self-conviction and self-assuredness of sovereignty; which is political and historical sovereignty. It must distance itself from victimhood to fight its enemies.

What the world's leaders will not learn at Yad Vashem
Posted by bataween at Friday, January 31, 2020