What is the truth behind the story of the Mullah's donkey?

Karmel Melamed was intrigued by the story of the Mullah's donkey. Was the Jewish community under threat of death by a Persian mob in 1922 after allegedly obstructing the path of a Mullah, and did a US Jewish diplomat save them? Melamed finds that the story is true, and testifies to the long history of Persian antisemitism. Melamed writes in Jewish Journal:

The story of the “mullah’s donkey” was so appealing to me, I wanted to dig deeper by doing my own research to find out if it was just Iranian Jewish community folklore or truly a real and dangerous pogrom that was averted.

I turned to the book “Comprehensive History of the Jews of Iran” by Iranian Jewish historian, Dr. Habib Levy which verified the accuracy of the story and offered surprising details of the incident involving the “mullah’s donkey” that took place on September 4, 1922.

On that day, a servant of a Tehran mullah was riding his donkey past the Jewish school in the Jewish ghetto, when the school’s custodian stopped the donkey to prevent a group of children from colliding with the animal as they were exiting the school. The servant returned home to his master, the Islamic cleric or mullah “Agha Shayh Abd al-Nabi” and informed him of the incident that occurred with his donkey being held up for a group of Jewish children. 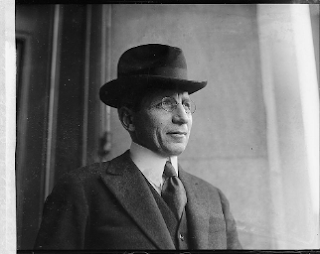 Ambassador Joseph Kornfeld: interceded  on behalf of the Jews of Tehran

The Islamic cleric was furious because his donkey was held up by some “filthy Jews” and he demanded retribution for such an insult! After the mullah called for a general strike in the city, within hours all of the stores in Tehran were shut down and local thugs and hoodlums armed with sticks and clubs randomly beat up Jews they came across in streets and alleyways. The following day thousands of armed rioters surrounded Tehran’s Jewish ghetto seeking vengeance.

The Jews of Tehran had nowhere to turn to for help but to their co-religionist, the American Ambassador Kornfeld and he did indeed intercede on their behalf. Habib Levy states in his book that “on Friday morning, with the smell of death and blood in the air, the American Ambassador, a devout Jew, asked for help from the minister of war, Reza Khan Pahlavi, reminding him of the international consequences of this incident”.

Following the meeting between Kornfeld and Reza Khan, the minister of war at the time, dispatched the cavalry to the Jewish ghetto to break up the riot and again calm was restored with no Jews being slaughtered by the angry Muslim rioters. The imminent crisis had been averted and lives of thousands of Tehran’s Jews had been saved because of Kornfeld’s intervention on their behalf. Subsequently in 1925, Reza Khan took power in Iran and proclaimed himself the new king or Shah.

Read article in full
Posted by bataween at Thursday, November 07, 2019