Zebulon Simentov is the last Jew of Afghanistan. There used to be two, but they bickered constantly - so much so that the Taliban imprisoned them, then kicked him out for being too annoying. Laura Adkins reports for JTA:

As the old saying goes, two Jews, three opinions. Add one headache for the Taliban. 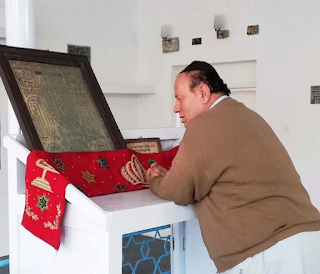 Simentov: charges a pretty penny for interviews
Posted by bataween at Tuesday, November 12, 2019