A batch of photos of unknown Iraqi Jews has finally been identified after they were uploaded and shared 200 times on social media by the Babylonian Heritage Center in Israel. Ynet News has the story (with thanks: Orit) 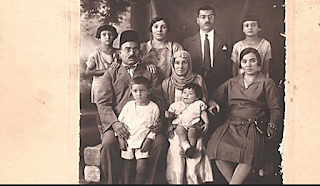 After conducting a short inquiry, (employee Ginat)  Salman discovered that the pictures were actually found by an elderly woman who came to the Heritage Center years ago. The woman gave the pictures to the Center, claiming they had been found on a street corner in Tel Aviv along with the rest of the belongings of a recently deceased woman.

"She couldn't share any details because, according to her, she didn’t know anything about the pictures," says Aliza Dayan-Hamama, the CEO of the Heritage Center.

"We very interested in finding the origins of the pictures, so we decided to use the power of social media in the hopes someone somewhere would recognize a person or two, and we'd be able to finally solve the mystery."

Dayan-Hamama says the pictures were uploaded to the Center's Facebook and Instagram accounts, where they received huge engagement. "The response was amazing," she says.

"We got more than 200 shares across dozens of groups, along with responses from a great many people. The most touching response came from a man named Ilan Gabay, who was actually able to identify his mother as the baby in one of the pictures." 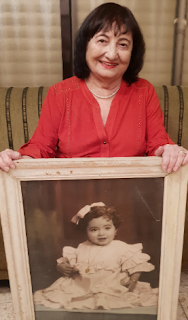 According to Dayan-Hamama, "we were also contacted by several other people from Israel, Canada and London, who identified themselves in the pictures - and with that, the puzzle was complete."

Read article in full
Posted by bataween at Monday, November 04, 2019

slightly off topic//
this video film describes the life of Jews in Arab lands and asks how they were treated:
https://www.youtube.com/watch?v=vbogW8B7pAc&feature=youtu.be