Arab  and Jewish media have both been mourning the passing, on 1 October 2019, of Tunisian Jewry's leader, Roger Bismuth. He would have turned 92 on 6 November. 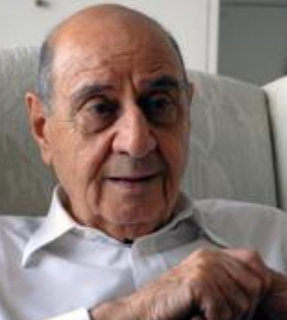 Bismuth saw the community as a full-fledged component of Tunisia's makeup. To a foreign Jewish delegation that asked him if he would ever leave Tunisia, Bismuth was categorical: “This is the country where I was born. This is the place where my ancestors and I were born. This is my home. Why should I leave? :

Bismuth rose from being a construction worker to managing 12 Tunisian industrial companies. He started as a labourer in the construction industry when he was 14, walking as much as 10km to arrive to work. “I was just a labourer among labourers,” he recalled during an interview three years ago. He was a successful business executive who perceived his companies as "families."

For decades, he was an active leading member of the country’s business federation, the Tunisian Union of Industry, Trade and Handicraft, known by its French acronym UTICA. Since independence, he maintained close contacts with all Tunisian governments. He repeated that his philosophy about politics and politicians was derived from his faith.

“Our religion teaches us to cooperate with the authorities of our country, for the common good,” he said.

Bismuth was a personal friend of Tunisian President Beji Caid Essebsi and before him of President Zine el-Abidine Ben Ali, both of whom died in recent weeks. For six years after 2004, Bismuth was the "only Jewish senator" in the Arab world. As president of the Tunisian Jewish community, Bismuth maintained good relations with political leaders since the 2011 uprising.

Read article in full
Posted by bataween at Sunday, November 03, 2019