Israelis will be admitted to Dubai in 2020

It is a sign of how far relations have improved between Israel and the Gulf states that Israeli tourists will be allowed  to visit Dubai in 2020 to see the World Expo.  The arrangement might even be made permanent. Ynet News could not contain its excitement. (With thanks: Lily) 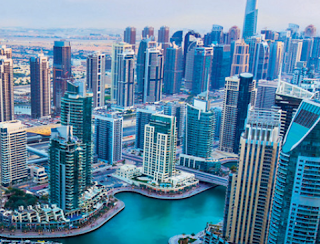 For most Israelis, the city of Dubai in the United Arab Emirates was nothing more than a lucrative, unattainable vacation destination.

That dream, however, might now become a reality. Ynet has learned that as an official host of next year's World Expo event, the Gulf nation is expected to open its gates to Israeli tourists in 2020.

The World Expo, an international exhibition designed to showcase achievements of nations, takes place once every five years, lasts for up to six months, attracts millions of visitors from all over the world, and is considered by many to be the "Olympic Games" of innovation.