Charges likely to be dropped against Paris murderer

The family of Sarah Halimi suffered another setback when it looked likely at a hearing this week  that charges would be dropped against her murderer. The Jewish Chronicle reports: 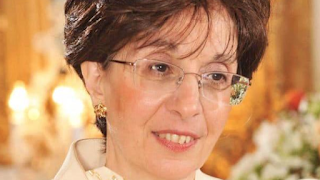 Local prosecutors in Paris initially argued that Kobili Traoré should be put on trial for his actions.

But they were opposed by the more senior procureur général, which argued Traoré should be hospitalised.

The different opinions come after separate panels of psychiatrists concluded Mr Traoré had suffered a psychotic episode after a massive use of cannabis, but disagreed over whether he was partially aware of his actions.

During an earlier hearing, Halimi family lawyer Gilles-William Goldnadel asked Traoré: “Do you think you should be tried? And get a sentence for what you have done?”

Witnesses told Wednesday’s hearing that shortly before Ms Halimi was thrown from the balcony Traoré shouted “a woman is trying to kill herself”. Her family’s lawyers said it proved Traoré was already planning his defence.

Mr Bidnic said there were “no good solutions in the case”, adding: “This is Sarah Halimi’s tragedy, her family’s tragedy and this boy’s tragedy, although I’m not comparing the two. Sending him to hospital is not ideal nor sending him to prison.”

He said Traoré, who remains in a psychiatric hospital but is receiving limited amounts of medication, is “still a threat”.

Francis Szpiner, another Halimi family lawyer, said the case was setting a historic precedent: “You’re saying that people can walk free after carrying out criminal action just because they were allegedly not aware of the effects of drugs or other substances? “Will this also apply to drunk drivers who kill children on the road?”


The court will rule on December 19 on whether Traoré should face trial.

Read article in full
More about the Halimi case
Posted by bataween at Thursday, November 28, 2019