Matti Friedman is pleasantly surprised by The Spy, the Netflix series about Eli Cohen, Israel's most famous spy. It is long-overdue recognition of a marginalised, yet invaluable group of Arabic-speaking Jewish agents. Read his article in Mosaic: 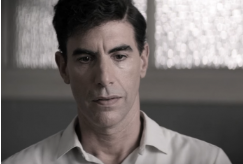 Hollywood’s Mossad movies haven’t been good in part because most Western observers have never really grasped Israel’s secret identity, which is also the secret that made the Mossad’s reputation in its first decades. This is the fact that more than half of the new state’s population came, like Eli and Nadia, from the Arab world and included people who could move in that world with ease, as Arabs. That fact has been obscured by Israel’s own Europe-heavy narrative, by the West’s Holocaust fixations, and by the Mossad’s own PR about derring-do and technical wizardry.

The truth is that Mossad recruiters had at their disposal an invaluable reservoir of people who were loyal to a fault, ideologically motivated, and capable of passing for the enemy. One of them was Eli Cohen. There were many others who, unlike Cohen, remain anonymous because they were lucky enough to make it home.

The series deserves credit for broaching, if only in a peripheral and inelegant way, the harsh ethnic irony of the Cohens’ life: namely, that the same characteristic that made Eli useful to Israel’s young intelligence service was what kept his family on Israel’s margins. Being an Arabic-speaking Jew in those years was useful if you were a spy. In real life it was a handicap to be overcome.

“You know what they see when they look at me?” Eli says to Nadia after a party at the poolside mansion of Ashkenazi friends, where the host mistakes Eli for a waiter: “They see an Arab. That’s it. Jewish, yes. But just an Arab.” Never mind that no such mansion could have existed in socialist Israel circa 1960, or that the host’s 1970s shirt and haircut are off by at least a decade. Eli’s point to Nadia gets at something true, and if there are to be more—and better—Mossad stories told on screen, they’ll have to address it again and in much greater depth.