Why 'progressive' groups must not disrespect the rights of Jews

The rights  of Mizrahi Jews are ignored and their history distorted by 'progressive' groups who claim they are only being anti-Zionist, writes Rachel Wahba in her Times of Israel blog: 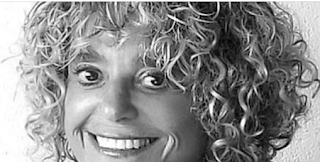 Jewish Voice for Peace's (JVP) call for the destruction of Israel and turn it into an Arab state where Jews can live as a minority "other” in the region is not only insulting, it is the opposite of progressive.

This political organization openly promotes disrespect towards the experience of fellow Jews, 850,000 of us persecuted under Islam and turned into traumatized refugees, brutally forced out in the fifties and sixties. Israel deniers refuse to care or believe that close to a million Jews from Baghdad to Yemen have already lived that life as Dhimmi ever since the Islamic Conquest.  JVP’s claims of our charmed life under Islamic rule is offensive.

Our pogroms, the Islamic version of Nuremberg Laws, and the bullying in the best of times, are meaningless to a group that features Linda Sarsour, “No Feminist can be a Zionist,” with convicted murderer and terrorist Rasmeah Odeh, on their stage.

In their “From the River to the Sea” mentality, these Anti-Zionists claim Mizrahi Jews are so naively ignorant we were duped by evil Ashkenazi Zionist recruiters, to leave idyllic lives I would like to see them suffer before they open their mouths.

It takes a lot of arrogance and contempt to believe we Jews in Arab lands just “left” everything, our communities, businesses, culture, penniless with nothing but a suitcase of clothing, for the maabarot, tent cities in a dirt-poor Israel is insane. Then again, Israel Denial, like Anti-Semitism is a mental illness.  A lot has changed since the ancient Romans renamed our country to distance Jews from Israel and destroy us as a People. And too much hasn’t changed.

When a progressive LGBTQ organization, A Wider Bridge, is attacked by a mob calling for Israel’s demise, when queer women are kicked out from Pride and Dyke marches for carrying a rainbow flag with a Magen David on it, the time is now for the pro-Israel progressive community to come out as Jews, for Israel, for ourselves, louder than ever.


Read article in full
Posted by bataween at Tuesday, September 10, 2019