Sudan has a new 'democratic' government. Its religious affairs minister has just broadcast a call for Jews to return to the country. To reinforce the notion that the Jews have an ancient presence there,  the prime minister of Israel, Benjamin Netanyahu, is rumoured to have been born in northern Sudan! Minister Nasr Al-Din Mufreh promised returning Jews full citizenship rights, claiming that the country is now governed by 'secular' law(With thanks: Samah; Lily) 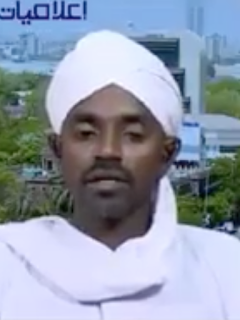 MEMRI has the transcript of the minister's interview on Al-Arabia ,which coincided with another on Sudania 24 TV with writer Haidar Al-Mukashafi  :

Nasr Al-Din Mufreh [on Al-Arabiya Network): Sudan is pluralistic in its views, its values, and its cultures. It is pluralistic in its ideologies and its Islamic schools of thought, and it is pluralistic even in its religions. We have Islam and Christianity, and there were Jewish minorities that may have left the country. I'd like to take this opportunity to call upon them to reclaim their right to citizenship. I call upon them to return to this country. Since Sudan [has become] a country rules by secular law, citizenship is the basis for rights and duties.

Haidar Al-Mukashafi [on Sudania 24 TV]:The Jewish presence in Sudan is very old, and perhaps dates back over 1,000 years. There is a quaint story being told in the city of Merowe. There is a rumor there that Benjamin Netanyahu was born and raised in Sudan. They say that he was born in the city of Nuri, in the northern state of Sudan, and that he was raised there. In any case, this is proof that there was a Jewish presence, at least in Merowe.

The chances of any Jews returning to Sudan, which is now undergoing a period of unrest after the ouster of President Omar Bashir in April 2019, are slim.

Nearly the entire Jewish community was forced to leave Sudan after  the 1967 Arab defeat by Israel. Because they could not get exit visas, they  had to pretend to be taking holidays or business trips,  leaving all of their belongings to sympathetic friends or neighbours.  They resettled in Israel, America, England and Switzerland.

In 1977, some remains were moved from the Jewish cemetery in Khartoum to Jerusalem, although many more remain in terrible condition in Sudan.

Iraq will restore citizenship to Jews, but not to Israelis