Judge calls for Jewish convict to be deported to Yemen

For the first time, an Israeli judge has ordered the deportation of a Jewish convicted sex offender back to his native Yemen, reports Israel National News. There are thought to be about 50 Jews remaining there. 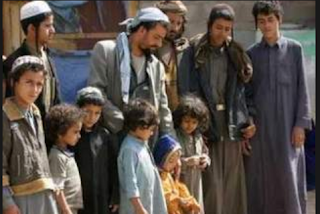 Jews living in Yemen. All save about 50 have now left

The Makor Rishon daily reported Friday about the case of Avraham Salem Alhadad, who immigrated to Israel in 2007 on a student visa. Alhadad’s visa expired while he was serving a 5 1/2-year prison term handed down in 2014 for molesting and sexually assaulting a minor from his own family. The former student of a religious seminary, or yeshiva, in Bnei Brak was declared an illegal alien upon his release this year.

His application to be naturalized under Israel’s Law of Return for Jews and their relatives was denied citing his criminal record.

His application for asylum, based on his claim that his leaving Yemen in 2007 for the Jewish state would expose him to persecution there, also was dismissed.

Last week, a judge ordered the Interior Ministry, which was seeking Alhadad’s deportation to Yemen, to detail how it intended to deport him to a country with which Israel has no diplomatic relations.

Read article in full
Posted by bataween at Tuesday, September 03, 2019