Did you escape Iraq? Write your story

Next year Iraqi Jews will be marking 70 years to the start of the "Tasqit" - the great exodus of de-nationalised Jews airlifted to Israel. The year 2020 will also mark 50 years since the first Iraqi Jew escaped illegally through northern Iraq. A book recording their personal stories is planned:

David Kheder Basson (pictured), chairman of Academics from Iraq in Israel, plans to publish a book of personal eyewitness accounts. He is calling for all those who escaped to contribute their personal stories so that they could be collated into a book.

The 3,000-member Iraqi Jewish community which stayed behind after the 1967 Six Day War became hostage to the regime. It suffered  one of the worst periods of persecution and liquidation, particularly after the Baath  party came to power in 1968. 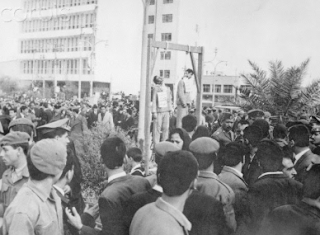 The remaining community suffered a terrible period of persecution after 1967: nine Jews were hanged in Baghdad in 1969.

In the summer of 1970 Fouad Sawdayee z"l managed to escape with his family via Kurdistan to Iran and to freedom. This encouraged the majority of Iraqi Jews to follow in his footsteps (via different escape routes) and to leave Iraq in 1970 and 1971. Finally, in the autumn of 1971, the Iraqi government started granting passports and within few years most of the remaining community left. Most of the Iraqi Jews ended up in Israel, though there are many who chose to live in Canada, USA, the UK and the Netherlands.

Each one has his own personal and his family story to tell. No two stories are alike.

David Basson would like to collect some 50 “personal eyewitness accounts” of 4-7 pages each and publish them in a book in commemoration of the 50 years anniversary. The writers can either write in English or Hebrew, in whatever languagethey feel comfortable with. It is likely that the book will be published in English and Hebrew. Contact Bassond@gmail.com

Not without my grandmother
Posted by bataween at Sunday, September 01, 2019