This is the little-known story of Heba Selim, an Egyptian woman who spied for Israel. Heba was recruited into the Mossad while a financially-strapped student in Paris. Later she passed on military secrets through her husband Farouk Abdul Hamid el-Feki, which enabled Israel to bomb targets in Egypt with pinpoint accuracy at the outbreak of the Six-Day War. Both Heba and Farouk were later executed. A film was made in 1978 about her. Egyptian Streets has the story: 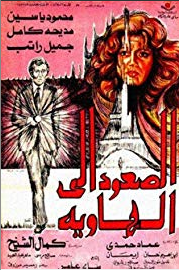 If one were to list the most influential and important scenes in the history of Egyptian cinema, a strong contender would have to be the ending of the 1978 movie Climbing to the Bottom (El Soud Ela Al Hawia). Actress Madiha Kamel plays the character of Egyptian spy Heba Selim, or ‘Abla’ in the film, who was on a plane approaching Cairo airport after her arrest. Next to her was an intelligence officer, who pointed at the pyramids and the Nile and said the famous line, “and this is Egypt, Abla.” 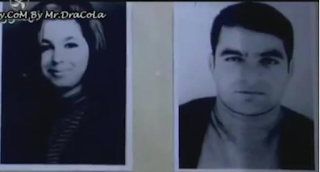 At a time when Egyptian President Sadat was planning his next step for peace with Israel as part of the Camp David Accords, young Heba Selim was in the shadows working with the Mossad to seduce an Egyptian army officer and gather confidential information to help Israel defeat Egypt during the Yom Kippur War. In her own words, she reckoned that she was also working for peace, telling General Rifaat Osman Gabriel in her last days, “I am not a spy, but I work in order to preserve the human race from destruction.”