When Turkey was a haven for Jews


The antisemitic rhetoric of Turkish Prime Minister Recep Tayyip Erdogan  makes it easy to forget that  there was a time in Jewish history when relations were very much better between Turks and Jews. Anti-Jewish crises in the Ottoman empire were often caused by Christians, not Muslims, under Ottoman rule, argues Jerusalem Online. 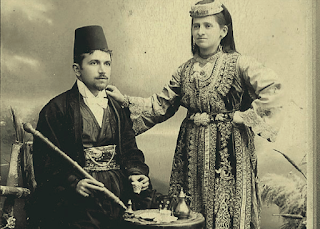 When the Ottoman Turks liberated Bursa in 1324 from the oppressive yoke of the Byzantine Empire, they discovered a heavily oppressed Jewish community. The Jews of Bursa treated the Ottoman Turks as their saviors. Sultan Orhan gave the Jews who previously couldn’t build synagogues permission to build the Etz Ha-Hayyim (Tree of Life) Synagogue. Indeed, the liberation of the Jews of Bursa in 1324 from the tyranny of the Byzantines represented the beginning of the Turkish-Jewish friendship.

Starting in the early 14th century, Jews fleeing oppression began to settle in the Ottoman Empire. Ottoman Turkey became the home to Jews expelled from Hungary in 1376, from France in 1394, and from Sicily in the early 15th century. In the 1420’s, Jews living under Venetian controlled Salonika also migrated to the Ottoman Empire. In 1453, Sultan Mehmet II started to actively encourage Jews to settle in Ottoman lands. He issued a proclamation to all Jews stating, “Who among you of all my people that is with me, may his G-d he with him, let him ascend to Istanbul, the site of my imperial throne. Let him dwell in the best of the land."(....)

Mark Mazower, writing in Salonica: City of Ghosts, that the Jews of Salonikka did not want the Ottoman Turks to leave the city and were opposed to Greek rule. “Few Jews believed they would be better off in one of the Christian successor states than they were in an empire where their loyalty made them trusted and none can have thought that Salonica in particular—-the city they dominated—-would develop to their benefit if it became part of Greece or Bulgaria. The rise of Balkan nationalism thus increased the intensity of the Jews identification with the Ottoman state,” he wrote. Even when blood libels did arise within the Ottoman Empire, such as the infamous Damascus Blood Libel of 1840, it was the local Christians rather than the Ottoman Turks who instigated them.

Following the Damascus Blood Libel, Sultan Abdelmecid issued an edict to forbid blood libels within the Ottoman Empire. Sultan Abdelmecid asserted, “For the love we bear to our subjects, we cannot permit the Jewish nation, whose innocence for the crime alleged against them is evident, to be worried and tormented as a consequence of accusations which have not the least foundation in truth.”

Given this history, it is hard not to have nostalgia for the Ottoman Empire. It represented a time period in history when Jews and Muslims worked and thrived together for the greater good. It was a time of peace, tranquility, and serenity regarding Jewish-Turkish relations. Many modern Turks also have nostalgia for this period in history. Let’s hope that one day Turkish-Jewish relations can return to this. Read article in full
Posted by bataween at Monday, July 01, 2019

Email ThisBlogThis!Share to TwitterShare to FacebookShare to Pinterest
Labels: Jews of Greece, Jews of Turkey

In retrospect one cannot help but cynically look back on the Ottomans welcoming Jews fleeing persecution in Christian lands (despite a number of Iberian Jews also being welcomed in Poland), the Ottomans presumably believed they could redirect the conquered Christian's anger of their Turkish occupiers in the Balkans / Central Europe / etc towards the Jews (whom they already hated) by using the latter as tax collectors / etc.

Prof Joseph Hacker has a different version of Ottoman Jewish relations in the early centuries of the Ottoman conquest. Not quite so friendly or benevolent. Mass migrations etc.

However, after the Empire took over the Land of Israel circa 1515, the sultans sometimes protected Jews from the local Muslim Arabs. For instance, for a long time the sultans prevented Arab Muslims from usurping Jewish holy sites such as the Tomb of Samuel the Prophet, northwest of Jerusalem. But eventually . . . .