The 'magnificent' five who put the fun into France

Theirs is a rags-to-riches story: five North African Jewish refugee arrive destitute in France and proceed to inject new life in the entertainment industry. Report in the Times of Israel (with thanks: Lily) 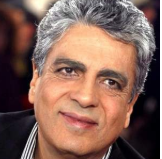 Their impact from the 1960s through the ’80s is now being further immortalized in a new documentary, “Les Magnifiques.” Algerian-born singer Enrico Macias became an international pop star. Philippe Clair of Morocco and Robert Castel of Algeria mastered the art of comedy. Tunisian producers Norbert Saada and Régis Talar excelled at finding talent.

“These five Magnifiques are part of the life of France, even if sometimes we ignore it,” Yves Azeroual, who co-directed the film with Mathieu Alterman, wrote in an email. “Through this film I wanted to pay homage to their work, their talent and also their tenacity.”