Pot-smoking Halimi murderer could be released

The case of Sarah Halimi, tortured and thrown to her death by a violent antisemite, has taken a worrying turn: her killer, who had been smoking marijuana,  may not be held criminally responsible for his actions. Ben Cohen reports in the Algemeiner: 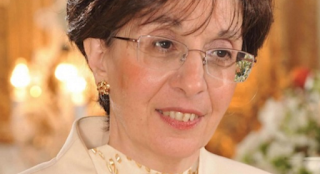 Lawyers acting for the family of a French Jewish widow murdered in her own home during a frenzied antisemitic assault have vowed to appeal the ruling of a Paris court that will potentially allow her accused killer to be released without trial.

Last Friday, the judges in charge of the preliminary investigation into the murder of Sarah Halimi —  a 65-year-old former teacher who was severely beaten and then tossed from a third-floor window on April 4, 2017, by 27-year-old Kobili Traore, her neighbor in a Paris public housing project — ruled that Traore could not be held criminally responsible for his actions because he had been smoking marijuana heavily in the hours before the killing.

In addition, according to a source close to the case who was quoted by the leading news outlet Le Figaro, the preliminary judges also dismissed the contention that Traore’s crime was aggravated by his violent antisemitism.

More about the Sarah Halimi case
Posted by bataween at Wednesday, July 17, 2019