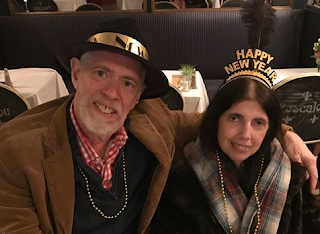 
The death has been announced of Lucette Lagnado, author and Wall Street Journal reporter, aged 62.

Lucette Lagnado, born in Cairo, probably did more to popularise the story of Jews driven out from Egypt, like her own family in the 1960s, than any other US writer. Her award-winning book The Man in the White Sharkskin Suit met with international acclaim. It was followed by The Arrogant Years.

The Man in the White Sharkskin Suit centres on her father Leon, with whom she was especially close. The stately Leon, known as the Captain, would stride through the boulevards of Cairo in his white sharkskin suit. An observant Jew, he would attend synagogue every morning without fail. Equally unfailingly, he would stay up all hours to play poker and flirt with women - a uniquely Sephardi blend of religious devotion and wordliness.

Lucette Lagnado 's funeral will take place under the auspices of Manhattan Sephardic Congregation on Friday 12th July at 11:30 am  at the Plaza Jewish Community Chapel, Manhattan and burial will be at Mount Hebron Cemetery. Her family will be sitting shiva.

Alec Nacamuli of the UK Association of Jews from Egypt writes:


Born in Cairo, Lucette Lagnado was seven when her family were expelled as Jews and eventually settled in Brooklyn. She survived cancer as a teenager and brought her personal experiences to her reporting in the Wall Street Journal on hospitals, healthcare and the plight of the uninsured. She won awards for her articles on women undergoing preventative mastectomies and the treatment of dementia in care homes.