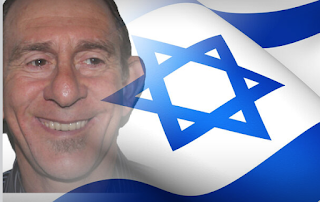 The Israel Connexion is a weekly radio podcast by David Schulberg of Melbourne. Recently David recorded two interviews to illustrate the issue of Jews from Arab lands. Researching documents in the Arabic original,  Dr Edy Cohen found evidence of a secret Arab Nazi party founded in Iraq by the Palestinian wartime Mufti. Lyn Julius is the author of the book Uprooted: how 3,000 years of Jewish civilisation in the Arb world vanished overnight'.

Dr Edy Cohen is chairman of the Kedem Forum for Middle East Studies and author of ‘The Mufti and the Jews’. He works for Bar-Ilan University as a Research Fellow in international politics, and he writes and speaks at various media outlets in Israel (such as Jerusalem Post and Israel Hayom) and the Arab world. He is also involved in various projects, such as the Shoah Memorial in Paris.

Edy Cohen was not born in Israel. He is a refugee from Lebanon, and his story belies the claim often made by anti-Zionists that Jewish Arabs left for Israel willingly. Unlike many other refugees, he is not waiting for handouts or international sympathy. He has made a life for himself in Israel while he continues to advocate for Jewish refugees from Arab lands. (0:41-19:52)

Lyn Julius, the daughter of Iraqi refugees, is the author of ‘Uprooted’, which tells the story of how 3000 years of Jewish civilization culminating in the Arab World vanished overnight. Her book poses a number of important questions: Who are the Jews from Arab countries? What were relations with Muslims like? What made Jews leave countries where they had been settled for thousands of years? What lessons can we learn from the mass exodus of minorities from the Middle East? (24:30-49:36)
Posted by bataween at Sunday, July 21, 2019