Forty years after the signing of the Israel-Egypt peace treaty, relations between the Egyptian people and Israelis are still chilly, reports AFP via the Times of Israel. (Below, a contrasting view from an Egyptian poetess.)  But the piece fails to say that crocodile tears for the Palestinians mask the strongest strategic alliance between the Sisi government and Israel against Hamas that both countries have seen in years.

“There is still a psychological barrier between us and the Israeli people,” said Egyptian ex-lawmaker Mohammed Anwar Sadat, nephew of former president Anwar Sadat. Mohammed Sadat proudly keeps a photo of his late uncle in his Cairo office.

Egypt’s then head of state risked everything in making peace with Israel at the US presidential retreat Camp David on September 17, 1978. The accords, cemented by a peace treaty in 1979, saw regional powerhouse Egypt temporarily shunned by the rest of the Arab World. Sadat himself was assassinated on October 6, 1981. The late president “had great courage and a vision for the future”, his nephew said. But the peace, he said, “has always been cold.”


The poetess Fatima Na'ot breaks the mould of Egyptian antisemitism with empathy for the loyal Jews of Egypt, according to MEMRI. The state has broken its social contract with its Jewish citizens. (Few Jews were actually Egyptian citizens, 40 percent being stateless). However, she falls into the usual trap of separating Judaism (good) from Zionism (bad - she calls it  'political fascism') - hardly conducive to 'normalising' ties with Israel. (With thanks: Lily)

Why did the Egyptian Jews who live among us today on Egyptian soil, and have only Egyptian citizenship, forego [the right to] an Israeli citizenship that would grant them unlimited privileges, and prefer to remain in Egypt? It does not take [great] intelligence or analysis to answer this question. [They did this] because they are loyal Egyptians who cleave to their Egyptian identity just as they cleave to their [religious] faith. This is the main point of my article: me, the honor of being an Egyptian is the only meaning of Egyptian citizenship. 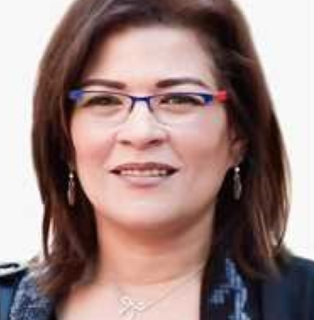 During the 1940s, Dr. Taha Hussein was chief [editor] of an excellent literary magazine called The Egyptian Writer, which cultivated the literary, philosophical, political and sociological [sensibilities] of the Egyptian reader. Who founded and funded this magazine? Seven Egyptian Jews. Just as they contributed to Egypt's cultural prosperity, they also promoted its industry and economy, when they founded land reclamation companies such as the Al-Behera Joint Stock Company and acted to industrialize Egypt's cotton sector, which was no. 1 in the world. They also founded diamond companies, textile companies such as Cicurel and Benzaion-Adas-Revoli, department stores like 'Omar Effendi, and so on. These were high-quality [businesses],and diamonds at the shops of the Egyptian Jews...

The Egyptian lady Magda Haroun, the head of the Jewish community in Cairo, said to me sadly: "When I was a little girl and my father would take me to the synagogue to pray, we would not find a single empty seat in it. Today there are only four of us left. Before 1948 the number of Jews in Egypt was 11,000.[2] It is sad that half of the university graduates in Egypt think that a Jew is necessarily a Zionist or even an Israeli, and it is sad that many of us do not distinguish between Judaism as a religious faith and Zionism as [a form of] political fascism.

The honorable Jews of Egypt, who loved Egypt with all their hearts, were persecuted with violence and hatred by blind and ignorant thugs until they were forced to leave [the land] where they had been born and bred, the land they had loved and helped to make prosperous. They knew no other homeland. On the occasion of your holiday [Rosh Hashana], which took place yesterday, I convey to you my love and my apologies. Even if there are only four of you left, history will never forget your patriotism, nor will Egypt.

Read article in full
Posted by bataween at Tuesday, October 02, 2018

It's cute that some Egyptians call Zionism a form of fascism whereas when it really counted, it was really importangt to be anti-fascist, most Arab nationalists, in Egypt and elsewhere, were pro-Nazi. For confirmation of this read Anwar Sadat's book, Revolt on the Nile [French original: Revolte sur le Nile]. Sadat proudly recounted his pro-Nazi activities in that book and other publications. Sadat in the book blames the Egyptian Jews for the Germans' defeat in the war. This was because Sadat, Nasser and the Free Officers were working on a plot to send an Egyptian general, ex-Ottoman general, to bring intelligence info to Rommel and his Nazi Afrika Korps. Sadat claims that if Egyptian Jews had not reported on the plot to the British, then Rommel would have won his battles in North Africa and the Germans would have won the war as a result. Not much of a theory but the Jews must be blamed. If there is any truth to Sadat's claim, then Egyptian Jews ought to be proud.