Ariel Dloomy and Vered Cohen-Barzilai are two Israelis of Iraqi origin who are holding meetings with Gilgamesh (a pseudonym)  and a group of young Iraqis risking arrest to deepen their interest in their country's Jewish past. Their relationship does not attempt to deny Jewish suffering in Iraq, not does it seek to turn the clock back but to build bridges between Israel and Iraq. Haaretz reports (with thanks: Lily, Boruch) :

“I envision similar networks of connections between Israelis whose parents fled other Arab countries and people their own age from those countries. It’s a long process, and it’s very fragile, but I believe we are proving it can happen,” says Dloomy.


Gilgamesh even hopes to see Israeli tourists visiting Iraq, where there are many historical sites of Jewish significance. The modern city of Mosul, for example, is associated with the ancient city of Nineveh, and many believe it is the site where the prophet Daniel is buried. Tradition locates the tomb of the prophet Ezekiel in the small town of Kifel, near Baghdad. 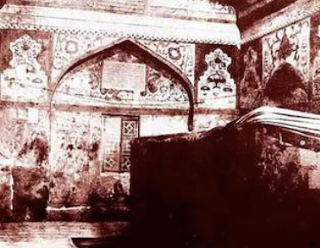 The tomb of the prophet Ezekiel, one of several sites of Jewish significance in Iraq

However, given the unstable situation in Iraq, tourism to the country remains almost nil. Still, Gilgamesh believes Israelis and Jews could alter that situation. “Israeli and Jewish tourists have reasons to visit our country, and this would be good for our economy and for relations within the Middle East,” he says.

Cohen-Barzilay notes that the motivations of the Israelis participating in the meetings differ from those of older Jews who were born and raised in Iraq. “Some of the first generation, those who fled Iraq, may see themselves first as Iraqis. I see myself first as an Israeli Jew, and we will have to discuss not only the Farhud and the troubled history – but also the present, and the relationship between Israel and Iraq today.”

Gilgamesh, meanwhile, acknowledges that the distinction between being Jewish and being Israeli confused the Iraqis. “At first, I thought that many Jews would want to come back to Iraq to help create a new, pluralistic Iraq. I did not distinguish between Judaism and Zionism, or between Israel as a Jewish state and the policies of the Israeli government. It is important that we try to create a space to understand these complexities.”

He concludes, “I am fearful and yet, at the same time, I believe that nothing will destroy my dream of a new Iraq and peace among peoples in the Middle East.”