Did the media do more to mention Jewish refugees?

The 70th anniversary of the state of Israel has given Jews,  Israelis and their supporters cause for celebration. But the media are always scrupulously careful to 'balance' the story of the miraculous rebirth of the Jewish state with the catastrophic nakba in which 700,000 Palestinian refugees lost their homes.

In past years, the parallel story of the Jewish refugees seldom got a hearing. Has this year been any different?

Nurit Greeger in her Jerusalem Post blog told the story of two refugees - one Jewish and one Arab - while Emily Shrader on Politics Web wrote about the Double Nakba.

In his forensic account of how the Palestinian refugees have been uniquely indulged by the international community,  Efraim Karsh makes only an incidental reference to Jewish refugees. Moshe Arens writing in Haaretz did not mention them at all. Even the BBC website did better.

This year, the media should have been paying even more attention to the Jewish refugees when Hamas declared the Great March of Return  - its ultimate objective being to seek to breach the border with Israel in order to allow Gazan refugees to exercise their 'right of return' to Israel proper. Joseph Puder writing in Front Page magazine unveils their real agenda.  But his mention of Jewish refugees from Arab lands is still a cursory one and he fails to explain how a political accommodation might be reached.

By far the biggest surprise of the 70th anniversary/Nakba coverage has been Jeff Jacoby writing in the Boston Globe. Jacoby devotes most of his piece to the Jewish refugees from Arab countries. This is an important milestone: the story is getting into the mainstream. 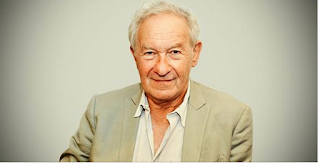 Another first was the historian Simon Schama's BBC  Radio 4 programme Israel at 70: a personal reflection, in which Lyn Julius, author of Uprooted, was given several minutes to describe the plight of Jewish refugees (her segment starts from about 9 mins 54. The programme, first broadcast on 18 May,  may be heard until 18 June 2018.)

Elsewhere, the media and public events did their customary best to focus on Palestinian refugees and ignore the Jewish refugee issue. Writing in The Australian, Vic Alhadeff slammed the Sydney Writers' Festival for its failure to mention the greater number of Jewish refugees.

Even the Jewish Chronicle gave space to a Palestinian, Ehad Naser. It was left to readers like Lyn Julius to point out the omission of the 'Jewish Nakba:' Her letter was published in the 18 May issue (no link). She wrote:

"More Jews than Arabs were made refugees and robbed of their property and ancient heritage. Hundreds were murdered. Many Arab cities - Baghdad was once a quarter Jewish - are today Jew-free. Mizrahi refugees and their descendants today comprise over half Israel's Jewish population.


The Palestinian leadership must be held to account, not just for dragging the Arab League into war with Israel, but for inciting violence - such as the 1941 Farhud pogrom in Iraq - against Jews in Arab lands.

No solution can be found to the Palestinian - Israeli conflict unless a permanent exchange of refugees is recognised to have occurred."

Hen Mazzig went further, and in his Jerusalem Post op-ed The Nakbas, drew parallels between the Jews, Armenians, Assyrians and other victim peoples of forced Arabisation and exile.

Conclusion: while there are notable signs of progress, the story of the Jewish refugees has still to make further inroads into public discourse.