Surprise, surprise. An article about the forgotten plight of Jews driven from the Arab world has appeared in the Saudi Gazette, of all places. But do not get too excited yet: Hussein Shobokshi's sympathy does not extend to Israel, despite the Saudi government's recent favourable noises. 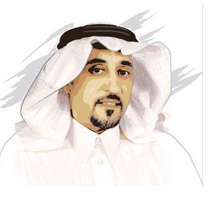 The Jews were part of pure Arab societies and the region was their home. They were forcibly driven out as a result of persistent harassment, questioning their loyalty. If the sustained pressure did not yield the desired result, their property was nationalized. They were subjected to systematic target often being accused of betrayal and disloyalty despite the fact that they were proponents of the arts, economy and civilization in the country in which they lived.

I recall a “famous” incident that happened to me (and was written about by the famous American writer David Ignatius in The Washington Post) when my daughter was preparing for a major surgery to remove a malignant tumor in the United States. I was in Jeddah attending Friday prayers. I objected to imam during an interval over the supplication on the Jews and Christians, telling him that the doctor who will perform the operation for my daughter was a Jewish surgeon. I also told him why to curse people who did not hurt me. Later on I began to find out situations of Jews in the Arab world. There is Serge Berdugo, who was Moroccan minister of tourism from 1993 to 1996, and who told me that the Jews in Morocco have full citizenship rights, and there is a famous dealer of electronics, the owner of the shop famous near Bab Al Bahrain, who told me about the respect of Bahrain for the rights of the Jews in it.

Apart from these two examples, there were tragic stories of stolen rights, humiliation racial treatment. Properties of the Jews were seized by force and coercion without any crime. These examples were known in Iraq, Syria, Lebanon, Libya, Algeria, Egypt, Sudan, Tunisia and Yemen. Iraq, where the family of Kadoorie lived and later fled to Hong Kong to establish the most ancient hotels (the Venezuelan) (sic - The Peninsula - ed), which with passage of time became a respectable chain around the world. The Sahati family also settled in Britain to become the leader of the advertising industry (Saatchi), and from Syria the Safra family went to Brazil to establish the most important financial empire, and from Egypt came out the family of the giant stores.

All these models were lost by the Arab economy and society, as it was not able to demonstrate tolerance in practice and eventually turned into an exclusionary model. Israel’s despicable crimes against the Palestinians do not justify the same type of action meted out to the citizens who have nothing to do with Israel but following the same Jewish religion.

Read article in full
Posted by bataween at Monday, April 16, 2018