The war in Yemen is taking its toll on civilians, and the tiny Jewish community of Sana'a, which this Arutz Sheva article puts at 67, is no exception. An unnamed British charity is distributing food to them. 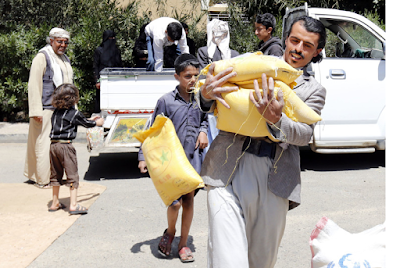 A Yemen local relief organization published documentation of food distribution to Jews in the closed section of the capital, Sana'a.

The difficult humanitarian situation has affected the tiny community, reportedly numbering 67 Jews from 17 families left in the capital.

The organization pictured them receiving sacks of flour, oil and other basic commodities which were reportedly funded by a British charity organization.