How Jewish fighters changed the course of WW2

This article in Haaretz by Beit Hatefutsot and Ushi Derman describing the little-known exploits of a small band of Jewish resistance fighters, who paved the way for the Allied landing in Algiers in 1942 (Operation Torch), is a welcome effort to restore a much-neglected episode to the historical record. These fighters have been compared to the resisters of the Warsaw Ghetto. Unlike them, however, the Algerian resistance had a strategic impact on the course of the war. (With thanks: Lily) 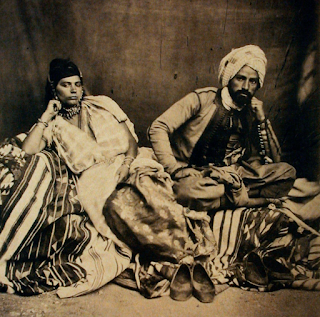 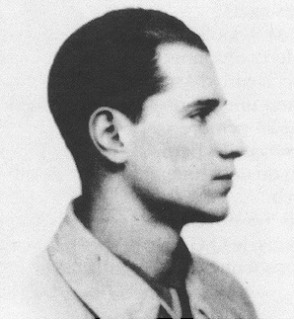 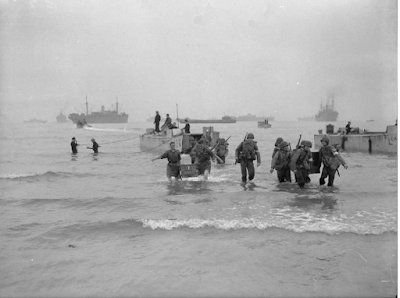 In 1940, following the German occupation during World War II, Algeria became a protectorate of the Vichy government that collaborated with the Nazis. The Vichy regime abolished the Crémieux Decree, depriving Algeria’s Jews of citizenship and launching a harsh anti-Jewish campaign. Soon all Jewish students were expelled from the universities and public schools.

In 1941, the Jews were about 2 percent of the population but over 37 percent of medical students, 24 percent of law students, 16 percent of science students and 10 percent of arts students. At that time masses of Jews were dismissed from their positions as doctors, jurists, teachers and officials. They were left to the rage of those Algerians and French settlers who sought revenge after decades of envy and hostility.

Young Jews led by José Aboulker decided to react. Aboulker was from a wealthy educated family; his father, Dr. Henri Aboulker, was a successful physician and surgeon and taught at the University of Algiers. His mother, Berthe Bénichou-Aboulker, was a celebrated poet and playwright, one of the first women in Algeria to publish her own literary work.

The young Aboulker would not accept Vichy France’s racism and discrimination against the Jews; he gathered relatives, students and friends and established a Jewish resistance group disguised as a sports club named Géo Gras. That was simply the name of a non-Jewish coach who knew nothing about the club’s real purposes.

At first the group focused on local tasks such as defending Jews from violence, buying weapons and distributing anti-government leaflets, all the while preparing for bigger operations. The group had to wait until November 8, 1942, to launch its bold operation.

The summer of 1942 was one of the lowest points in the Allies’ struggle against the Nazis. In early July, Gen. Erwin Rommel’s forces arrived at El Alamein on Egypt’s Mediterranean coast, threatening to take Egypt including the Suez Canal. Later that month, the Battle of Stalingrad began, so Stalin demanded that the Allies open a new front in the west. The strategists’ eyes were on the southwest: Africa.

Operation Torch was the code name for the Allies’ landing on the shores of Morocco and Algeria, within the overall battle for North Africa. Gen. Dwight Eisenhower, the U.S. commander of the operation, knew there were officers in the Vichy army whose dislike for the Germans outdid their loyalty to the regime. The Americans needed help from within and found Aboulker and his men; the resistance fighters were to take key facilities in Algiers.

They set off in the night of November 8, 1942. José Aboulker and his friends only needed 15 minutes to take Algiers’ police headquarters and main radio station. They wore uniforms of the fascist movement and possessed fake warrants. For 18 hours they spread misinformation and fake orders over the radio, misleading the Vichy regime and letting the Allies land – Operation Torch was on. During the next 24 hours, an American force of some 2,000 soldiers took Algiers with little resistance.

The Americans, who feared that the Géo Gras underground would be the weakest link of the operation, were glad to be proved wrong. The successful operation had long-term implications; there were now two fronts against Rommel, paving the Allies’ entry into Italy.

Compared to other cases of Jewish heroism during World War II and the Holocaust, the story of Géo Gras is rarely mentioned in Israeli history lessons, memorial ceremonies or studies. The Warsaw Ghetto fighters, for example, were tremendously brave, but their efforts had no significant effect on the outcome of World War II. Yet the Algerian resistance heroes have been forgotten.

Read article in full
Posted by bataween at Monday, January 15, 2018

The Jews expelled from Arab countries and chose to flee Iran have never been compensated . The properties they lost would add up to several times the size of Israel . No effort has been made by organizations such as EU or UN to even mention their rights . They had their businesses confiscated or worse -----and yet no mention---Another important lesson derived when Jews are forced to leave a country in one way or another - the non-Jewish intellectual class follows ---causes severe brain drain ---good example is the Iranian community in L.A. ---according to Iranian sources --this brain drain seems only to continue