The 30 November events to remember Jewish refugees from Arab countries and Iran kicked off yesterday in Israel with a presentation to two leading advocates, one in Israel and one in the diaspora. 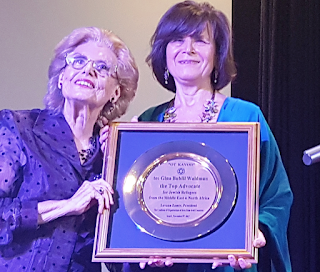 A packed auditorium of more than 250 people at the Tel Aviv Cinemateque watched Levana Zamir, president of the Coalition of Organisations of Jews from Arab Countries present the organisation's annual Ot Kavod award to Nissim Zeev and Gina-Bublil-Waldman.

Member of Knesset Rav Nissim Zeev won the award for initiating  the bill to secure, for the first time ever in Israel, the right of  Jewish Refugees to compensation. The law was passed in February 2010 by the Knesset. This bill created an unstoppable  momentum,  leading to other Knesset bills and  educational programmes at schools all over Israel. 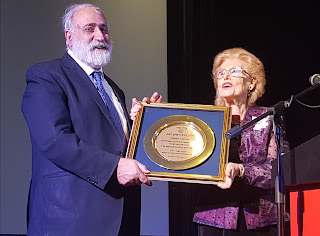 Gina Bublil-Waldman, President of JIMENA – Jews Indigenous to the Middle-East and North Africa,  received the award for her long and relentless work for the recognition of Jewish refugees and her  work today of hasbara in  more than 200 universities and campuses across the United States. Her campaign explains the history and tragedy of almost million Jewish Refugees who were expelled or compelled to flee, leaving behind not only their assets, but their own identity as indigenous Jews born and living in this region for millennia.
This prestigious and moving event was held under the auspices of the Ministry of Social Equality, headed by Minister Gila Gamliel, as well as the Ben-Zvi Institute headed by Prof. Eyal Ginio and the Ministry of Education. 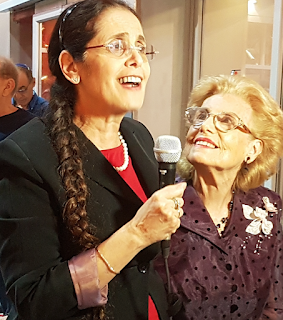 To close,  a documentary movie of 40 minutes, produced by the Coalition of Organisations of Jews from Arab Countries, was screened for the first time, to illustrate the whole history and tragedy of the exodus of indigenous Jews from seven Arab and Islamic countries. Two-thirds of them made Aliya, helped to build and develop the State of Israel, and  today comprise more than 50% of the Jewish population in Israel.

eToro is the #1 forex trading platform for beginning and professional traders.