The demand to return the archive to Iraq is pathetic

It is a question of justice that the Iraq-Jewish archive must not go back to Iraq, Dr Edy Cohen argues in Israel Hayom (with thanks: Imre):

(Have you signed the petition?)

In May 2013, American forces in Baghdad discovered an archive of thousands of photos, documents and books pertaining to Iraqi Jewry in a basement of the Iraqi security services' building. The archive comprised dozens of boxes, most of which had become mildewed after getting wet in the waterlogged basement. The collection included many rare books and papers, including 500-year-old volumes of Torah commentary. To save the archive, the U.S. military secured the permission of the Iraqi government to send the boxes to the National Archives in Washington, where, bit by bit, workers managed to restore most of the documents. 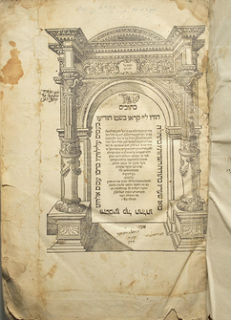 
Before removing the documents, the American government agreed to the Iraqis' stipulation that the documents be returned once they were restored.


As part of the restoration process, the National Archives digitized the collection. Congressional representatives and the American administration faced heavy pressure, mainly from Jewish groups, not to return the archive to Iraq, but last week, a final decision was taken to hand the collection back to Iraq about a year from now.
This decision is both absurd and pathetic, like giving a thief back what he stole. The question being asked in Jewish circles is whether the U.S. is trying to make up for invading Iraq and its failure to find chemical weapons there. Why should the U.S. return the collection to a place that is no longer home to Jews? Returning the archive to the Iraqis is like returning the belongings of European Jews to the Nazis; it's stolen Jewish property.
Even though the Jews of Iraq lived in Babylon before the advent of Islam and before the Prophet Muhammad came along, there are no Jews there today. More than 150,000 Iraqi Jews left the country over the course of the 20th century, some motivated by Zionism, and others by fear for their lives. Iraq didn't know how to protect its Jews, and as early as 1941, hundreds of Iraqis were slaughtering Jews in the Farhud (pogrom).
When Israel was founded in 1948, and hatred toward Jews continued to mount, the Iraqi government permanently revoked the citizenships of Jews and expelled them from the country, freezing their bank accounts and confiscating their property, which today is worth hundreds of billions of dollars. Iraqis murdered Jews and inherited their property. There are no other words that can describe this absurdity and this crime – "Have you killed and also taken possession?" (1 Kings 21:19)
Today, Iraq is a failed nation and will soon be divided into three countries: a Kurdish state, a Sunni state and a Shiite state. We all witnessed the Islamic State group destroying Iraq's antiquities, demolishing museums and wrecking churches, synagogues and even the graves of holy figures. The cowardly Iraqi army didn't dare take on the 1,500 Islamic State fighters, opting to give in and surrender its weapons. If the heroic Peshmerga fighters hadn't stepped in, Islamic State would have conquered all of Iraq.
Therefore, it is upon the Israeli government to pressure the Trump administration to ensure that the archive of Iraqi Jewry isn't returned to Iraq. It isn't a question of heritage; it's a question of historic justice.

Read article in full
Posted by bataween at Monday, September 18, 2017