Tunisians are calling to boycott the celebrated comic Michel Boujenah, who is due to appear on 19 July at the Carthage Festival. 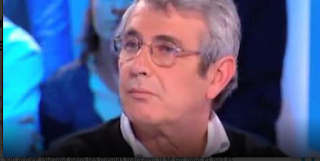 In an open letter addressed to the minister of culture and festival director, the boycotters, from the Tunisian branch of the BDS movement,  claim that Boujenah, who was born in Tunisia but lives in France, is not only a proud Zionist but also considers himself part of the 'Israeli people'.

The signatories call on the Tunisian government to assume its responsibilities vis-a-vis 'normalisation' and reaffirm the country's historical, unconditional support for the Palestinian people.

Tunisian social media surfers are evenly divided on the issue. Hundreds think that his apearance on the stage at Carthage should be cancelled. Others are surprised at the fierce reaction against Michel Boujenah. Yamina Thabet of the Tunisian Association for the Support of Minorities (ATSM) denounced the campaign against the comic as 'bullying behaviour' and 'antisemitic'.

Boujenah is scheduled to perform in Israel on 25 July.