Flights to resume between Israel and Morocco

Flights between Israel and Morocco will resume in May after 13 years. As Morocco does not have an agreement with Israel to allow direct flights, passengers will change planes in Catania, Sicily. Ynet News reports: 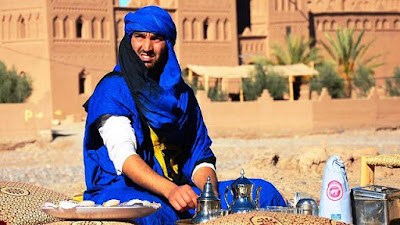 Israel-based travel agency Flying Carpet is returning to Morocco after 13 years. The company will be launching packages for travelers fly from Tel Aviv to Marrakesh and Casablanca.

The line will begin flying in May and will operate for two months with an option to extend.

The flights will carried out by Italian budget airline Neos, and will include a short stop in Catania, Sicily, before continuing on to Morocco.

Overall flight time will be seven hours, and tickets will cost approximately $600. A full vacation package including breakfast and dinner will cost $1,199.

Flying Carpet used to fly direct between Tel Aviv and Marrakesh, but stopped in 2004 due to the Second Intifada and a low point in diplomatic relations between Israel and Morocco.


However, Israeli tour operators continued to offer packages to Morocco, flying through a third country such as Spain.

Flying Carpet has announced that planes will fly to Marrakesh one week, and alternate to Casablanca the next week, enabling tourists to begin their trips in one location and end in another.

Read article in full
Posted by bataween at Sunday, February 12, 2017