First they came for the journalists. Now they are coming for the historians. Georges Bensoussan will appear before a tribunal next month accused of 'incitement to racial-hatred'.   To state politically-incorrect fact becomes 'hate speech' in France today. Thankfully, leading historians are rallying to Bensoussan's defence.

One of the world’s leading historians on the Jewish communities in Arab countries is being prosecuted in France for alleged hate speech against Muslims.

The Morocco-born French-Jewish scholar Georges Bensoussan, 64, is due to appear next month before a Paris criminal court over a complaint filed against him for incitement to racial hatred by the Collective Against Islamophobia in France, the group recently announced on its website. 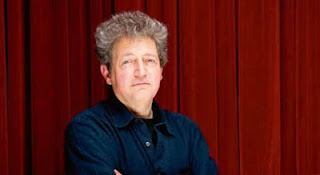 The complaint, which leading French scholars dismissed as attempt at “intimidation” in a statement Friday, was over remarks about anti-Semitism by Muslims that Bensoussan, author of a definitive 2012 work entitled “Jews in Arab Lands,” made last year during an interview aired by the France Culture radio station, the Collective said.

The Collective based its complaint on two remarks by Bensoussan.

“Today, we are witnessing a different people in the midst of the French nation, who are effecting a return on a certain number of democratic values to which we adhere,” read the first quote flagged.

The second quote cited read: “This visceral anti-Semitism proven by the Fondapol survey by Dominique Reynié last year cannot remain under a cover of silence.” Conducted in 2014 among 1, 580 French respondents, of whom one third were Muslim, the survey found that they were two times and even three times more anti-Jewish than French people as a whole.

Here is the background to the case, as featured on Point of No Return:

Georges Bensoussan, historian and editorial director at the Holocaust Memorial in Paris, is at the centre of a firestorm accusing him of 'incitement to racial hatred'.

A group of left-wing intellectuals, including the controversial academic Shlomo Sand,  lodged  a complaint against Bensoussan with MRAP, a French  anti-racist movement. Bensoussan may be called to face a tribunal.

During a TV discussion broadcast on 10 October 2015, Repliques, Bensoussan commented that France cannot hope to integrate its Maghrebi immigrants unless it recognised that these immigrants imbibe antisemitism 'with their mother's milk'.

Bensoussan, whose family comes from Morocco and who authored an 800-page volume on the uprooting of Jews from Arab countries Juifs en pays Arabes: le grand deracinement 1850 - 1975  in 2012 , claims that he was paraphrasing the words of a 'brave' Algerian sociologist, Smain Laachar." Everyone knows it but nobody will say it," Laachar had declared of Arab/Muslim antisemitism.

Laachar has since denied having said or written this 'ignominy'. He said it was outrageous for Bensoussan to have claimed that antisemitism was transmitted by blood.

Bensoussan has countered that Arab antisemitism was not transmitted biologically but culturally. He accused his critics of 'intellectual terrorism'.

once again, an Arab intellectual fights an argument with word games, with hairsplittiing, with misrepresentation of the opponent.