What links the Farhud to Sarona?

Last week, Palestinian Arab terrorists murdered four Israelis at Sarona. Seventy-five years ago on Shavuot, there occurred the Farhud: an armed mob went rampaging through cities in Iraq to kill Jews. What do the two events, 75 years apart, have in common? Lyn Julius blogs at The Times of Israel: 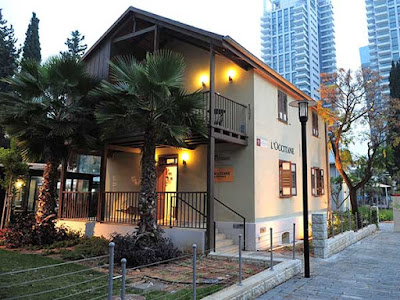 By now, the word ‘Farhud’ will be familiar to many. The term means ‘violent dispossession’ in Arabic. The Farhud‘s victims — loyal and productive Jewish citizens who had been in Iraq for 27 centuries — were murdered, mutilated, decapitated, poisoned, raped. The official death toll is 179, but was probably far higher.

The event has been termed the ‘Arab Kristallnacht’ because the massacre’s perpetrators were undoubtedly influenced by anti-Jewish Nazi propaganda. During the 1930s the German ambassador to Baghdad Fritz Grobba sought to ferment anti-British activity in Iraq. He spread Nazi propaganda, had Mein Kampf translated into Arabic and had Iraqi officers seduced by blond German secretaries. Although the Farhud was on a tiny scale compared to the catastrophe that befell the Jews of Europe, the intentions behind both were the same: the incitement against the Jews of Iraq stemmed from a Nazi mindset that considered Jews a nefarious fifth column in strategic control of Iraq, and therefore worthy of extermination.

Much of the blame for the Farhud slaughter of unparalleled brutality has, rightly, fallen on the Grand Mufti of Jerusalem, Haj Amin al-Husseini. His wartime activities in Berlin as a guest of Hitler are well known. The Mufti was exiled by the British to Iraq in 1939 after they crushed the Arab Revolt in Palestine. For two years the Mufti incited and intrigued to overthrow the pro-British monarchy and government in Iraq. In April 1941 he and four pro-Nazi military officers seized power. The pro-Axis regime, under Rashid Ali Al Ghaylani, was short-lived and its leaders sent into exile just days beforehand, but weeks of intense anti-Semitic incitement had already laid the groundwork for the Farhud.

While the Mufti was a key factor in causing the Farhud, scholars have tended not to pay much attention to the Syrian and Palestinian emigres who were the driving force behind anti-Semitism in Iraq. By the time the Farhud broke out, there were more than 400 families in the country. They exerted an influence far beyond their numbers. They were doctors, teachers and intellectuals who had mainly escaped with the Mufti after 1936 and were to join him in Berlin after 1941.

But some had been in Iraq since the 1920s. When Emir Faisal arrived in Baghdad to become the British-installed king, his aspirations to rule a pan-Arab kingdom from Damascus thwarted by the French, Syrian nationalists came with him. At their head was the Syrian Sati al-Husri, who became Director General of Education of Iraq and turned it into the “Prussia of Arab nations”. Together with a large contingent of exiles he engaged in vicious anti-Semitism. The Palestinian Darwish al-Miqdadi returned from studying in Germany and became leader of the pro-Nazi youth brigade, the Futuwwa. The Futuwwa went around daubing the houses of Jews with a red khamsa prior to the Farhud in order to indicate to the mob which were the Jewish homes.

The Palestinian nationalist leaders were in turn much influenced by Nazi Germany. A number, like the Mufti himself, were officers of the Ottoman army, Germany’s ally in WWI. Some had studied in Germany. Propaganda had been spread by the seven German colonies in Eretz Israel and the Schneller school established by the Templars. One German settlement was Sarona, the scene of the murderous terrorist attack on 8 June 2016.

Herein lies the Sarona connection. When Hitler came to power, a wave of pro-Nazi support swept the German colonies. It is said that a third of all colonists became members of the Nazi party. For seven years, the swastika flag fluttered proudly on the Community House at Sarona. The Templars actively aided the Arab revolt of 1936 and were later deported from Palestine by the British. But their anti-Semitism found fertile ground among Palestinian Arabs. The Palestinian terrorists who sprayed bullets at Israelis drinking coffee at Sarona have squared the circle.

The Farhud could be seen as the first battle in the Mufti’s Palestinian war against Jews, not Zionists. Sarona is only the latest skirmish. Whether they lived then in Baghdad or live now in Tel Aviv, Jews became — and remain — legitimate targets.

"The Templars actively aided the Arab revolt of 1936 and were later deported from Palestine by the British."

This is true but misleading. The Templars were able to bring weapons and money to the Arab revolt led by Haj Amin el-Husseini since the money and guns could be brought into the country by German diplomats in the diplomatic pouch and other facilities for diplomats. Indeed, the Templars aided Husseini's rebels. However, that is not why they were expelled, apparently in 1940. The British did not mind the so-called Arab Revolt. There was a reason why it was called a "revolt by leave" in the title a book by Horace Samuel.

The British first jailed and then expelled the Templars because after WW2 began in 1939, they were enemy aliens who, by the way, were known to have actively supported the Arab Revolt of 1936-39. Hence they were obviously capable of supporting an Arab revolt in favor of Germany during the war. Just by the way, the Palestine Communist Party [PKP] of that time was a close follower of the policy of Stalin's Comintern and was, in the years 1939 to 1941, a supporter and advocate of Hitler's war, which they made excuses for at the time. They were also anti-Zionist too of course from their beginnings. Members of the PKP worked with the Templar Nazis too.

The wife of our messianic rabbi said something very interesting about the terror attack in Florida by a Muslim who believed the Quran and obeyed the command of the man Mohammad not G-D she said the 49 who were killed represent 49 days counting Omer and the Islamic killer represents their festival Ramadan RACA a curse on Ramadan a killing of those who hate Christians Jews and homosexuals in other words satanism showing his face thru Islam the lie of shatan death and hell murder vs the Torah given to G-D's chosen people the Torah
thou shalt not kill YESHU'A is G-D's SON HAG SAMEACH SHAVUOT!