Commemorating the Farhud at Shavuot

Here are more articles that have appeared in the news media to mark the 75th anniversary of the Farhud pogrom in Baghdad.

The Israel Project's video on the Farhud.


Every Iraqi Jew has a tale to tell about the Farhud, the two-day pogrom that befell the Jews of Baghdad 75 years ago in June 1941. In the case of my own family, it was a matter of heeding the advice of a Muslim business colleague of my grandfather, who told him that dark days were looming for the Jews, and that he would be wise to get his family out of the country as quickly as possible—which my grandfather did. 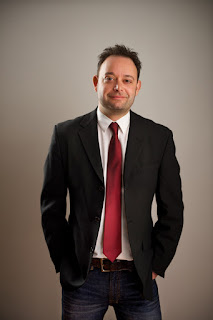 But my grandfather was part of a fortunate minority. When the Farhud—which means, in Arabic, “violent dispossession”—erupted, there were around 90,000 Jews still living in the Iraqi capital, the main component of a vibrant community descended from the sages who, 27 centuries earlier, had made the land once known as Babylon the intellectual and spiritual center of Judaism.
By the time the violent mob stood down, at the end of the festival of Shavuot, nearly 200 Jews lay dead, with hundreds more wounded, raped, and beaten. Hundreds of homes and businesses were burned to the ground. As the smoke cleared over a scene more familiar in countries like Russia, Poland, and Germany, the Jewish community came to the realization that it had no future in Iraq. Within a decade, almost the entire community had been chased out, joining a total of 850,000 Jews from elsewhere in the Arab world summarily dispossessed from their homes and livelihoods.

That the Farhud is even remembered today is in large part down to a handful of scholars and activists who have committed themselves to publicizing this terrible episode. During the week of the Farhud’s 75th anniversary, some of them—like the American writer Edwin Black and Lyn Julius, the British historian of Middle Eastern Jewry—have been organizing memorial ceremonies in the U.S., the U.K., and especially Israel, which absorbed the great majority of Iraqi-Jewish refugees. I myself was honored to address the memorial ceremony at New York City’s Safra Synagogue, where 27 candles—one for each century of the Jewish presence in Iraq—were lit and then promptly snuffed out, to symbolize the sudden extinction of Iraqi Jewry.

Commemorating the Farhud, and establishing its rightful place as an example of the persecution of the Jews during the Nazi era, has been a difficult task. For several decades after the Second World War, the importance of the Farhud was subsumed by the widely held notion that the Holocaust was something that consumed only European Jews. The truth was that the Nazis had both a direct presence and significant influence across the Arab world. So when, in 1941, the British had suffered a series of blows in southern Europe and North Africa, the time was right for a coup against the pro-British government in Baghdad. The strategic goal of the Nazis was to seize Iraq’s oil fields, thereby providing them with the fuel needed for the invasion of the Soviet Union.


In the lead-up to Shavuot, we have been commemorating a little-known event which occurred 75 years ago. The Nazi-inspired pogrom, the Farhud, sounded the death knell for Iraq’s ancient Jewish community. It heralded the ethnic cleansing of 99 % of Jews from Arab countries.

At a moving ceremony last Thursday attended by 300 people and the Israeli ambassador Mark Regev, eight children lit candles for each of the defunct Jewish communities in Arab countries. Twenty-seven notes were blown on a plaintive shofar to represent the 27 centuries that Jews had lived continuously in Iraq since the Babylonian exile.

My mother still remembers those fateful two days in June 1941 when her aunt’s terrified Jewish cook pounded the door pleading to be let in: “I was on a bus, and the Muslims were pulling the Jewish passengers out and killing them. I said I was a Christian.”

Rabbi Jeremy Rosen blogs: (With thanks Michael and Su): 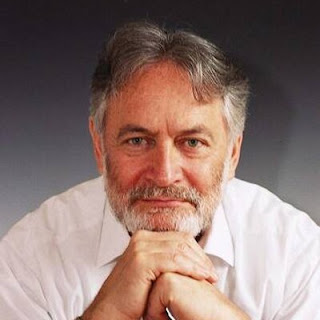 This week we recall the tragedy of al-Farhud. The pogrom against the Jewish population of Baghdad, Iraq, on June 1 and 2, 1941. The riots followed the collapse of the pro-Nazi government of Rashid Ali. Over 180 Jews were killed and 1,000 raped and injured. Nine hundred Jewish homes were destroyed.

Al-Farhud was just one more example of the way Jews suffered under their hosts. In the Arab Buraq Uprising of 1929 and in the Arab riots from 1936 to 1939, defenseless women, children, and rabbinical students were massacred. Long before a Jewish state. And the anti-Semitic murder, rape, and looting that followed across the Arab world in 1948 only underlined the degree of popular hatred. Were all Arabs and Muslims Jew-haters? Of course not, then or now. But the virus was there and remains, poisoning cultures and religions and reiterating the need for Jewish self-determination. The “Jewish Question” attracts irrationally disproportionate attention and odium today, as much as it did a hundred years ago. But facts, history, can be forgotten, distorted, and twisted. Can we do anything about it?


In Israel’s struggle for independence there were indeed “Jewish terrorists”. Except that they were roundly condemned by all the main Jewish authorities and representatives, not idolized or rewarded. Terrorism rarely succeeds by itself. That was not what drove the British out of Israel. Rather, as with India, Cyprus, and Kenya after the Second World War, Britain lost the means and the morale to maintain its political control militarily. Israel was not an imperialist invasion, but a Jewish liberation movement.

The ongoing conflict is being perpetuated by a refusal to accept reality or to engage in civilized debate. It is not just in the Middle East. It is everywhere. Our world is the world of form, not content. Calm, rational argument and discussion is disregarded in favor of ideological posturing, slogans, and abuse. No longer are universities, or even most of the media, places where one finds unbiased analysis or calm debate. Wherever you turn opposing sides are at each other’s throats.

Democracy, it seems, is only acceptable when you agree with the results. So no debate is possible, because whenever one hears a point of view one does not like, it is dismissed, shouted down, or childish terms of abuse are used to disparage one’s opponent. What hope then is there for civilized debate? Intellectually, we now live in the world of George Orwell’s 1984 doublespeak. Politicians, activists spout nonsensical, contradictory ideas and use the bully pulpit to try to impose politically correct (and incorrect) views on others. Or win elections in America by insulting opponents. We are not dealing with logic. 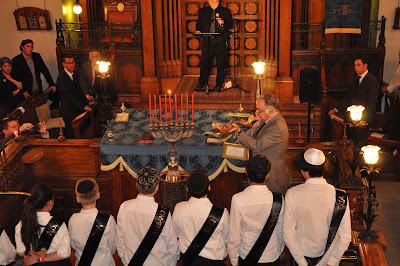 At the London commemoration on 2 June 2016,  Malcolm Miller sounds the shofar to recall 27 centuries of Jewish life in Babylon (Photo: Bea Lewcowicz)

How the expulsion of the Jews backfire on Iraq (Edwin Black)

Why do people ignore or deny the Farhud? (R. Andrea Zanardo)

Speak up about the crimes of Nazi-supporting regimes (Hen Mazzig)