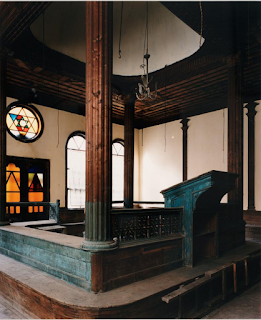 Vandals spray-painted hate graffiti on the historic Istipol Synagogue in Istanbul just days after a one-time prayer service was held, the first in 65 years, the Turkish publication Today’s Zaman (picked up by the Jerusalem Post) reported. (With thanks: Eliyahu)

Vandals wrote “Terrorist Israel, there is Allah,” on the external walls of the structure in white paint, in the largely Jewish neighborhood of Balat.

“Writing anti-Israel speech on the wall [outside] of a synagogue is an act of anti-Semitism,” Ivo Molinas, editor-inchief of the Jewish community’s weekly newspaper Salom, said in an interview with the Turkish newspaper.

“There is widespread anti-Semitism voiced in Turkey and it gets in the way of celebrating the richness of cultural diversity in this country,” he added.


Read article in full
Posted by bataween at Thursday, January 21, 2016