A Jew who suffered in the Muslim world but has now found freedom is directing her energies towards helping the children of Yazidis in Iraq. 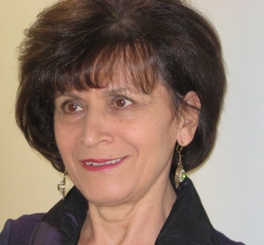 Gina Waldman  of JIMENA has begun a campaign to help a group of Yazidi students finish their studies in India. Already her friends  have managed to pay tuition fees for two of the students and travel expenses from Iraq back to India for one.

It costs $2,000 per student per year to finish their University degree in Bangalore,  India. Fifteen students need help because their parents have lost all of their assets to ISIS.

Gina, who left Libya as a refugee in 1967, was asked to write a D'var Torah (commentary on the Torah portion of the week). The reading dealt with Moses' liberation of the children of Israel from Egypt.


"Like Moses, this broken world is calling on us today to fight for a better future," she wrote."Today, the same despair which befell our Jewish people in Egypt, has befallen so many refugees including the Yazidi people in Iraq. The Yazidis are an ancient non-Muslim minority religious group living in Iraq.

"They has been severely persecuted, forcibly converted to Islam, thousands have been murdered in cold blood, their villages raised to the ground. Over 5,000 young Yazidi young girls have been abducted by ISIS and sold into sex slavery."

If you would like to join the practical effort to help the Yazidi students, please go to this website.
Posted by bataween at Monday, January 25, 2016