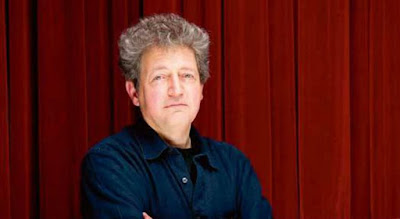 Georges Bensoussan, historian and editorial director at the Holocaust Memorial in Paris, is at the centre of a firestorm accusing him of 'incitement to racial hatred'.

A group of left-wing intellectuals, including the controversial academic Shlomo Sand,  lodged  a complaint against Bensoussan with MRAP, a French  anti-racist movement. Bensoussan may be called to face a tribunal.

During a TV discussion broadcast on 10 October 2015, Repliques, Bensoussan commented that France cannot hope to integrate its Maghrebi immigrants unless it recognised that these immigrants imbibe antisemitism 'with their mother's milk'.

Bensoussan, whose family comes from Morocco and who authored an 800-page volume on the uprooting of Jews from Arab countries Juifs en pays Arabes: le grand deracinement 1850 - 1975  in 2012 , claims that he was paraphrasing the words of a 'brave' Algerian sociologist, Smain Laachar." Everyone knows it but nobody will say it," Laachar had declared of Arab/Muslim antisemitism.

Laachar has since denied having said or written this 'ignominy'. He said it was outrageous for Bensoussan to have claimed that antisemitism was transmitted by blood.

Bensoussan has countered that Arab antisemitism was not transmitted biologically but culturally. He accused his critics of 'intellectual terrorism'.

"These intellectuals  have trouble imagining that the ruled can be rulers, racists, antisemites and violent people," said Bensoussan. He accused the Left of still being hung up about the 'colonial ' Algerian war, 53 years later: "The war has not ended. We still think we are at war with our immigrants."

Over 60 academics and intellectuals, including Bernard Henri Levy and Pierre -Andre Taguieff, have rallied in support of Bensoussan. On 4 December 2015, they had a letter published  in Le Figaro.

"We affirm our support for Georges Bensoussan, salute his courage and his freedom to express himself," the letter said.  "His defamers avoid addressing the disturbing facts he refers to, preferring instead to accuse, denounce, besmirch and threaten. Jew-hatred is behind such strategies, continually renewed."

The French Jews should have been pointing the traditional Judeophobia of the North African [Maghrebi] Arabs since thugs from that community in France began attacking Jews and Jewish institutions in late 2000 after the al-Durah hoax.

This was the right approach and the best defense for the French Jews. But they did not take that approach.

As for Shlomo Sand, he is a contemptible liar. Unfortunately, he has never given up the prejudices of his Communist parents.

Ironically Sand is himself an out an out racist. In his books he employs the notion of impurity of race in order to deconstruct the very notion of a there being a Jewish people and to negate the historic relationship between Judaism and the land of Israel. Most of his highly inventive "Invention of the Jewish People" is spent trying to support the debunked Khazar theory, as if that were to make a difference

Judaism is a meme, not a gene. The link to the past is one of belief that one is part of the community. Those that left the am (in Arabic, uma) no longer belong, and those who identify with it do. Conversion is a good illustration. If Ruth and her descendants King David and Solomon aren't Jewish, then who is? Conversion is no different in kind than a citizenship process where one learns about one's community for a period before accepting membership. An adopted child of Jewish parents is by default Jewish, the only difference is that at bar/bat mitzvah age they should be given the opportunity to accept or reject their membership in the community.

I do not see why Mr. Sand and other intellectual from the French left are upset about the comments George Bensoussan made. George is right using such analogy. How can anyone explain the strong anti-Jewish attitudes among the young French alienated semi-illiterate Arabs? What about Algeria? in spite of no Jewish soul living there. Where do these ideas come from?

This is not the first time the mother's milk transmission analogy was used. Can someone please correct me if I am wrong. Wasn't Yitzhak Shamir who was the first to say the same thing about the virulent polish anti-Semitism. He stated that "every Pole sucked anti-Semitism with his mother's milk." It created controversy at the time, but everyone understood well what he meant. Anti-Semitism is learned and is socially constructed and disseminated from very early age. Case close.

correction, I left out one word above. See correction:
The French Jews should have been pointing OUT the traditional Judeophobia of the North African [Maghrebi] Arabs . . . .
By not pointing out the traditional, Islam-based hatred of Jews among the North African migrants to France, French Jewry was weakened in French public opinion. Without the Jews pointing out their own history in NA and other Muslim-ruled regions, the apologists for the Arab attacks and pogrom-like actions in France could claim that it was only because of "Israeli abuse of the human rights of Arabs" that Jews in France were being attacked. And moreover, Arabs and their non-Arab, non-Muslim partisans --not only "leftists"-- could claim that traditionally the Arabs/Muslims had been very tolerant and benign toward Jews, etc etc. The last sentence is a big lie but is still widely believed and promoted, which only exacerbates the feeling that Jews are ungrateful because they repaid Arab kindness with brutality, etc.

The expression with his mother's milk OR their mothers' milk . . . . is an old one and is fairly common in English.

Here is a view of Bensoussan's detractor, Shlomo Sand.