Is Kurdish-Jewish director an Iranian agent?

The new Directorate for Jewish affairs, established by the Kurdish Parliament in May, has created a ripple of interest in the international media. The new director, Shirzad Omar Mahmoud Mamsani, has been giving press interviews.  Judit Neurink, a Dutch journalist with a special interest in Kurdish Jews, has written this article in Rudaw. But Point of No Return has received a warning from a Kurdish source that Mamsani is an Iranian agent. What is one to make of all this? See my comment below Neurink's article: 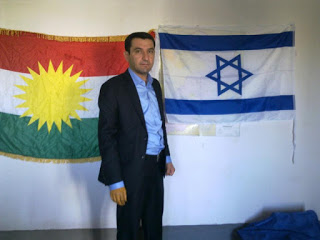 Shirzad Mamsani, head of the directorate of Jewish affairs, poses with the Israeli and Kurdish flags.

"A region that has hardly any Jews left appoints a director for Jewish affairs. That is a striking development, taking place in the Kurdistan Region, which lost most of its Jewish population in the fifties of the last century.


After the forming of the state Israel, Iraq was the scene of anti-zionism and anti-Jewish attacks, which led to many Jews fleeing the country illegally. And after the Iraqi government created a law that made it possible for them to leave in a legal way, many more left, even though they had to submit their Iraqi nationality and leave behind all their properties.


Those who stayed converted to Islam, and a few went underground. With the result that today the Kurdistan Region counts no more than 300 families that still treasure their Jewish roots.


As I did research on the Jewish heritage of Kurdistan, I know that next to these Benjews, - meaning: those with Jewish roots - many people in Kurdistan still have a special feeling for their Jewish grandmothers.


But the radical Islam preached in Kurdistan declared Jews to be the enemy, disregarding that - like the Christians - they are the so-called ‘people of the book’. And for years hardly anyone in Kurdistan dared to mention their own Jewish bloodline.


It seems strange, but thanks to the radical Islamic terror group ISIS the mood has changed. Because of its atrocities, many Kurds turned their backs on the radical Islam. While at the same time, the Kurdish authorities decided to make sure religious minorities would feel safe and welcome in the region.


As the result of a law adapted by the Kurdistan parliament in May, all these minorities were offered a directorate general in the Ministry of Religion. And surprisingly, the Jews too – even though they must by far be the smallest religious minority in the region.


And yet, allowing this group its own representative could have the biggest impact of all. Many thousands of Jewish Kurds live now in Israel, and have not been able to be in contact with their relatives in Kurdistan for years. The road to family reunions has now opened, and an end to secrecy could well be in sight.


As I understand from Mariwan Naqshbandi, the person responsible for these new directorates, already some 400 families who returned from Israel are living in Kurdistan. The fact that this has been happening without any signs of discontent from the side of the Kurdish communities they came back to, tells us that the winds have truly changed.


That will open the way for others to return. It is known that the Kurdish community is one of the most tight ones, even in Israel today, and it could well be that people will want to come back to the land of their parents and grandparents. Perhaps first to visit, but probably some will want to resettle here.


In that way, a Jewish community will be reborn in Kurdistan, and eventually synagogues will be opened again, and rabbis will come to bring the religion back to life.


To make that happen, we will also have to solve some issues and talk about the properties many had to leave behind. That will be the hardest chapter of reuniting Jews and Kurds, probably involving court cases and bad feelings.


Yet at the same time it could save the former Jewish quarters of Erbil from disappearing. Most of the houses there still are the property of the original owners, and rents have been put into a frozen bank account for years. If the new directorate can work to unfreeze that account, the money could be used to reconstruct the badly derelict neighbourhood and bring it back to life.


But these are sensitive issues, as the confiscated property was given to Kurds. Robbing people of houses they consider to be theirs could inflame negative feelings that should be avoided to be able to rebuild a thriving Jewish community.

The time seems ripe to stimulate this, for better relations between the Kurds and the Jewish state. To upgrade that to formal diplomatic relations won’t be possible until Baghdad does the same, or the Kurds extend their autonomous status in Iraq to an even more independent one. Israel will support the latter, its leaders have already stated."


My comment: While one does not doubt the Kurdish parliament's sincerity in setting up Directorates to safeguard the rights of minorities there are several aspects of this story that do not ring true. Who are these 400 families who left Israel to resettle in Kurdistan 'because they did not want their daughters to serve in the IDF'? There have certainly been no reports of this reverse exodus in the Israeli press, the most free in the region. To believe that, once its property claims are settled,  the Jewish community will revive in Kurdistan seems wishful thinking when all 18, 000 Jews were airlifted to Kurdistan in 1949 -50.

The new head of the Jewish directorate, Shirzad Omar Mahmoud Mamsani, is anxious to burnish his anti-ISIS credentials: he lost an arm to radical Islamists. But it is not beyond the bounds of possibility, as the Kurdistan Newsway blog alleges,  that he is also an Iranian spy.

While Mamsani may be a Kurd of Jewish descent - a Benju - Kurdistan Newsway says he is not a Jew. 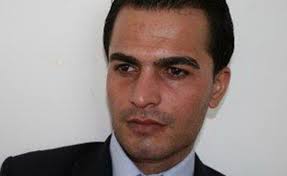 In her blog, Neurink says Mamsani published a book about relations between the Kurds and Israel. He 'has long been active to improve the ties between Kurds and Israelis, for instance by publishing the ‘Israel Kurd’-magazine'. " His appointment resulted from his own request to the Kurdistan government for an official bureau, to be able to better work for the cause."

Point of No Return charted the ill-fated story of the Israel-Kurd magazine,whose publisher was Daoud al-Baghestani, not Mamsani. Baghestani was forced into exile in 2012 when Iranian agents kidnapped the magazine's editor, Mawlud Afand. Afand vanished into Iran, presumed murdered. Kurdistan Newsway alleges that a spy ring including Mamsani 'sold' Afand to the Iranians. At the time Baghestani accused Sherzad Omar Mamsani of slipping an anaesthetic drug into Afand's food and driving him across the Iranian border into Kermanshah.

It seems plausible that Iran would have an interest in planting its agents at the heart of Kurdistan's well-documented attempts to strengthen its ties with Israel. As is so often the way in the Middle East, all is not always what it seems.

I have good information about Shirzad Omar Mahmoud, and he has absolutely no Jewish roots, he has Muslim roots, his last name is not mamsani he found the name he is called in reality Shirzad Omar Mahmoud, his mother is related to Barzan and his father's family with hame a family living near hawler his grandfather and his uncle and his uncle worked in an Islamic radical, then his father became PDK member in 1963 after Mustafa Barazani moved to Iran and ended up fighting against the Iraqi regime for Kurdish rights Shirzad family lived in Iran in Karaj as a refugee until 1992, when the date of his family went back to Kurdistan, he had good relations with the Iranian intelligence vavak because his father worked as a temporary Qyadh called qayadh mwaghat who cooperated with the Iranian military and Sepah Pasdaran against Iranian Kurdish movement, from 1979 until 1993 who lived in Iran Shirzad Omar has been in school in Iran in Karaj, he can be good Persian.
Omar Shirzad sent as a spy to the Kurdish movement PKK in 1994 when he tried to rape a female guerrilla when they seized him and he conned one of his hands in the meantime.
He is a member of the PDK safety while working with Iranian intelligence and Shirzad Omar Mahmoud has special salary from Iranian terror organization Sepah Quds, because he is a member of this terrorist organization by some to living in Kurdistan.
Shirzad Omar Mahmoud in 2010 contacted Daod baghstani because he is a member of the PDK Barzani's party, and cooperated with the Israelis Kurdish weekly newspaper until 2012, the year Shirzad Omar Mahmoud contacted again Iranian consultant in Hawler and each day provided the information of the Israelis kurds since 08:06 .212 Shirzad Omar Mahmoud diary mohammad sarhang Mohammad Ramzan and Shirko Osman Abdullah with the PUK and PDK security services handed Mawlud afand to Iranian intelligence, the same year Shirzad Omar Mahmoud went with some of the Iranian intelligence to Bulgaria and notified the and was looking for Israeli tourists and planned and then the Iranian regime with the help of a few terrorists made a terrorist attack in Bulgaria in 2012
http://kurdistannewsway.blogspot.com

Did you consider using the ultimate Bitcoin exchange company: YoBit.